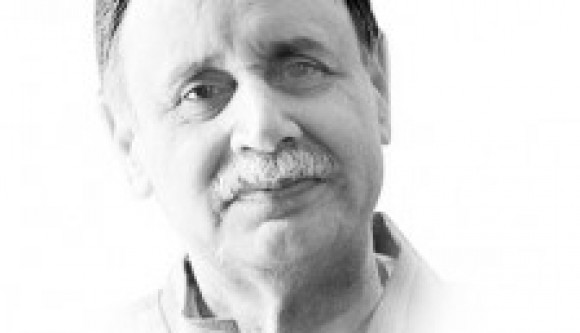 A 30-member entourage accompanied the president of Pakistan during his Haj visit to Saudi Arabia in October 2013. There were conflicting reports in the media about who paid for the travel and stay of this entourage, which included members of personal staff as well as relatives. Were the expenses covered by the president from his own pocket or were they paid out of the state exchequer?

In any democratic country there would have been no need for any speculation since an accurate and conclusive answer could easily be obtained by any citizen raising this issue under the ‘right to information’ law.

While the presidential assignment may be ceremonial, it is significant by its symbolic representation of an aboveboard individual whose actions are dictated solely by ethical, legal and constitutional considerations. To remove any aspersions suggested by the press, on October 28, 2013, a Pakistani citizen made a clarification request to the Presidency under the Freedom of Information (FOI) Ordinance 2002. It was expected that a clarification on who footed the Haj bills would be received within 21 days (as required by the FOI law) and the matter would stand closed.

Forty days have passed since the request was sent to the Presidency. One did not expect the highest office to not follow the law of the land – clearly a violation of not just the FOI law but also that of Article 19A of the Constitution of Pakistan. This could only imply that either the information is being withheld because the president provided a free junket to his family and friends at the cost of taxpayers’ money or is simply not bothered about the FOI law or the constitution of Pakistan. Both inferences do very little to boost trust and admiration for the occupant of the largest house on Constitution Avenue. The matter now rests with the federal ombudsman – a recourse provided in the FOI law when information is not provided by a public body.

Attracted by foreign funding, “right to information” has been a popular topic for five-star conferences in Pakistan for the past several years. Scores of seminars, hundreds of speeches and thousands of plastic mineral water bottles have been consumed to dilate upon this subject. In practice the law remains dormant and rarely churns out any meaningful information.

No public sector official has ever been punished or fined for denying the right of information to Pakistani citizens. Except for the newly formulated FOI law in Khyber Pakhtunkhwa, there is no provision in any other law to take the defaulters to task.

The role of ombudsmen (replaced by information commissioners in Khyber Pakhtunkhwa and Punjab) thus gets limited to receiving a citizen’s appeal and passing it on to the concerned department with a note to ‘do the needful’. The delinquent department often interprets this as ‘do nothing’, ‘sleep over it’, ‘deflect it’ or simply drag the issue with standard bureaucratic recipes.

With the Presidency taking the lead in refusing to act upon the FOI law, there may be little hope for the ‘right to information’ to flourish in Pakistan. There appears to be little emphasis on actually implementing the FOI law (with all its shortcomings) and far more on its use as an article of trendy conversation. It is also a classic example of how foreign funding can make us joyfully organise seminars on cool topics like FOI in five-star hotels, but do little to enhance our capacity to think, act and improve on our own.

Surely the subject needs to be carried far beyond the papers on which it placidly resides at the moment. The Presidency could have set a ground-breaking example and taken the FOI law many miles forward had it simply sent a short and accurate response to the questions asked. May one hope that it would make up for the lost opportunity after it receives a formal ‘please do the needful’ letter from the federal ombudsman?

The writer is a management systems consultant and a freelance writer on social issues. Email: naeemsadiq@gmail.com