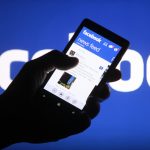 KARACHI: Facebook — one of the world’s largest social media platforms — on Monday blocked Jamaat-i-Islami’s (JI) official and other pages related to the party’s information dissemination, days ahead of its Kashmir March scheduled for Dec 22 in Islamabad, stated a JI spokesman.

The JI spokesman stated that the Facebook administration without any prior notice or warning removed its pages from the platform and also of its leaders, workers and sympathisers who were following the party’s trend for the Kashmir cause.

“This is how the Indian lobby is actually manoeuvring at the top in Facebook,” he alleged. “The JI, its workers and followers were penalised for raising its voice against Indian atrocities in held-Kashmir. It’s high time the government undertakes tangible and practical measures instead of only issuing statements of condemnation. It’s no more a secret that Facebook allows criticism against Islamic countries but curbs free speech when it comes to India and some other countries,” he added.