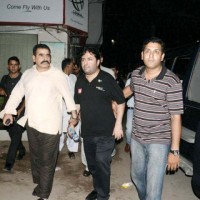 KARACHI: A team of Customs intelligence on Friday collected record from equipment and gadgets installed at the headquarters of Bol television, a sister concern of Axact, the IT company allegedly involved in a multi-million fake degree scam.

The team faced protest by a large number of journalists associated with Bol and some journalist bodies, who shouted slogans against the government and tried to stop customs officials from entering the building. However, the team, comprising nearly half a dozen members, managed at last to enter the office.

Federal Board of Revenue’s (FBR) Directorate of Intelligence and Investigation (I&I) had issued a notice to Bol for illegally importing machinery and equipment. The notice sought receipts and other documents related to import of various items and said import duty and taxes were also not paid by the channel.

Customs officials said they have a legal notice with them to carry out the investigation.

“We have credible information that the equipment and gadgets installed at the Bol television were imported through unauthorised routes without payment of taxes and duties,” claimed one of the customs officials. “We will revisit the Bol office soon.”