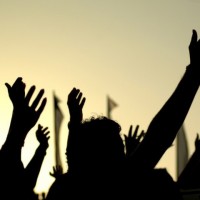 Karachi: The Pakistan Federal Union of Journalists on Monday held a protest demonstration outside the press club against police action on journalists in front of Sindh High Court on May 23.

Members of the Sindh Writers and Thinkers Forum and the civil society also joined in the protest.

Addressing the protesters, the speakers strongly condemned the brutal action of masked goons of the Sindh police against the journalists and photographers.

They said the inefficient and corrupt government had surpassed all the limits of barbarism by unleashing a gang of private masked goons on journalists and common people outside the court. “Governance in the province has already touched the rock bottom. People of Sindh are deprived of basic needs like water, sanitation, education, health and Law and order. All public institutions are crippled by the corrupt regime and inefficient bureaucrats.”