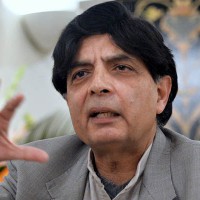 In a meeting on Thursday, the interior minister briefed the prime minister about important issues including the Dawn Leaks case.

According to the interior ministry spokesperson, all the legal and administrative formalities for the implementation of the recommendations are being finalised.

The recommendations of the report have been made unanimously by all members of the committee. The report has been completed in a period of over six and half months during which the committee met six times.

The committee initially constituted a sub-committee which was headed by the Establishment Secretary. The sub-committee met 16 times for examination of witnesses and scrutiny of all record. The committee was headed by Justice (Retd) Amir Raza Khan and included Secretary Establishment Tahir Shahbaz, Ombudsman Punjab Najm Saeed, Director Federal Investigation Agency (FIA) Lahore Usman Anwar and a representative each of Military Intelligence (MI), Inter- Services Intelligence (ISI) and Intelligence Bureau (IB).

The federal government last year on November 7 formed a seven-member committee, headed by a retired high court judge to probe the controversial story published in the English daily.

The committee, which was notified by the Ministry of Interior (MoI) was tasked to submit its report within next 30 days. However, later on more time was given to it to complete its task.

The committee was assigned the job to establish the identity of those who allegedly planted the story. Former information minister Pervaiz Rashid lost his portfolio on the grounds that he failed to play his role effectively to restrain the journalist from running the controversial story.