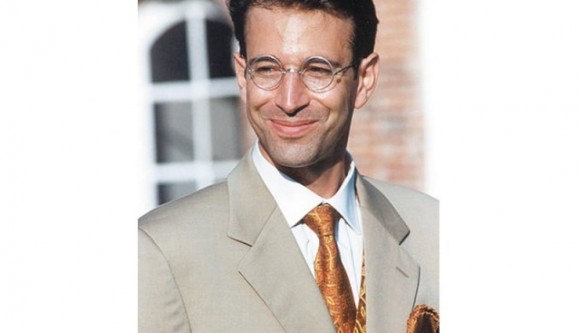 ISLAMABAD: Twelve years after the gruesome murder of American journalist Daniel Pearl, his four convicted killers, who were found guilty of kidnapping and beheading him in Karachi in January 2002, are keeping their fingers crossed to get their sentences reversed when the Sindh High Court finally decides their appeals against convictions.

The 38-year-old reporter of the Wall Street Journal had travelled to Pakistan following the 9/11 terrorist attacks and was abducted from Karachi on January 23, 2002, before being beheaded by militants while working on an investigative story about the alleged intelligence links of some Pakistani jehadi leaders. The Pearl killers, including Sheikh Ahmed Omar Saeed, a London School of Economics’ graduate-turned-jehadi, and his three accomplices, Fahad Naseem, Salman Saqib and Sheikh Adeel, were put on trial on April 22, 2002 by an Anti-Terrorism Court of Karachi. Three months later, Omar was handed down capital punishment while his three aides were sentenced to life in prison.

All the four alleged killers instantly approached the Sindh High Court, lodging appeals against the court verdict. However, the court has already consumed well over a decade to decide their appeals against convictions, even though the case has been adjourned for over 125 times since 2002. Although the last hearing was held last week, Rai Bashir, the defence lawyer of Omar Sheikh and his three aides, sees nothing unusual with the court handling of the case, saying that most of the appeals in the murder cases usually last for years and years.

He says his clients are keeping their fingers crossed to get their sentences overturned in the wake of the new evidence which proves that Daniel Pearl was actually killed by the 9/11 mastermind – former al-Qaeda No. 3 Khalid Sheikh Mohammad.

Claiming responsibility for the Pearl murder in a confessional statement read before a Combatant Status Review Tribunal in the United States on March 10, 2007, the al-Qaeda leader who was arrested from Rawalpindi on March 1, 2003, claimed to have beheaded Pearl. “I decapitated with my blessed right hand the head of the American Jew Daniel Daniel Pearl”.

According to Rai Bashir, after studying the pattern of the veins on his hand, American investigators have also concluded that Khalid Sheikh wielded the blade that killed Pearl.

“I will base my argument on the fact that my clients did play a role in Pearl’s kidnapping, but the murder was committed by Khalid Sheikh Mohammad and that my clients were not even present at the crime scene”, said Rai Bashir.

The proceedings on the appeals of the convicted men are moving at a snail’s pace, with the trial court judge having already sent a reference to the Sindh High Court to confirm sentences awarded to the defendants, who have pleaded innocent in their appeals.

When the two-member division bench of the Sindh High Court took up the rusting files of appeals last week, they were displeased with the absence of the appellants’ lawyers including Rai Bashir. The bench issued a notice to the appellants to ensure presence of their lawyers by the next date of hearing. “Otherwise, the court would provide lawyers at the state’s expense to proceed and decide the matter,” so said the head of the bench, Justice Sajjad Ali Shah.

Asked about the inordinate delay in deciding the appeals of Pearl’s killers, well placed judicial officers in the Sindh High Court said the fact remains that despite convictions in the case, the trial was still under way because the scope of the case has been widened with the arrests of two more facilitators in the Pearl murder case – Hashim Shah who was arrested in 2010 and Qari Abdul Hayee who was detained in 2011.

These arrests coupled with the confessional statement of Khalid Sheikh and the 2011 findings of a fresh investigation into Pearl’s murder by none other than the Americans themselves are set to be exploited by the defence lawyers of Omar Sheikh and his co-accomplices to request the court for a retrial. Sponsored by the Georgetown University, Washington, the investigation report titled “The truth left behind: Inside kidnapping and murder of Daniel Pearl”, had claimed that the four jehadis convicted in the killing did help kidnap the journalist but did not kill him because they were not present at the crime scene.