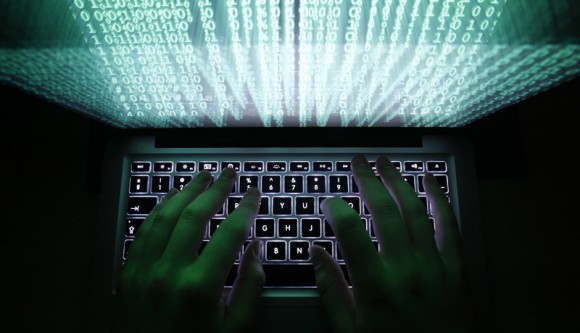 From its earliest days, the internet was conceived as an open, anarchic space where no government could censor content or spy on traffic. That was then: now welcome to the world of cyber-espionage.

States have been acutely conscious of the vast flow of possibly subversive messages in the form of emails, tweets and Facebook comments flowing across their borders. Many governments have taken steps to tap into this information, and in many cases, to block it altogether.

We in Pakistan are only too aware of the Pakistani state’s ham-handed efforts to seize control of cyberspace. Under Zardari, a futile attempt was made to pass legislation that would have banned SMS messages and tweets on Twitter that mocked the president as well as state institutions. When that effort at controlling cyberspace was laughed out of court, the government then proceeded to acquire hardware and software that would allow it to block and hack into websites and emails.

This was put to use to prevent Pakistanis from accessing the popular video site YouTube. Lacking the sophistication and technical expertise to block the offending page that contained blasphemous material, the government blocked YouTube — with its millions of pages of entertainment and educational content — in its entirety. This ban continues to this day to the fury of Pakistan’s large and growing internet community.

Recep Tayyip Erdogan, the beleaguered Turkish Prime Minister, has also incurred the wrath of millions of Turks by his ban on Twitter, the popular micro-blogging site. Stung by corruption allegations that have gone viral on the internet via Twitter and Facebook, Erdogan is trying to shoot the messenger. In the process, he has only managed to shoot himself in the foot.

Many tech-savvy users of popular sites like Twitter, Facebook and YouTube easily get around crude official attempts to block them. Thus, internet users in countries like Pakistan, Turkey and Iran can circumvent bans without much of a problem. The real problem, many feel, is not outright bans but the state’s insidious spying on traffic that was revealed by Edward Snowden. The whistle blower exposed the massively intrusive programme being run by America’s National Security Agency that sucks up millions of email messages and phone conversations from around the world every single day.

In its defence, the NSA claims it stores most of this ‘metadata’, and only accesses exchanges between terror suspects. But it also passes on vast amounts of data to its British counterpart, the GCHQ, or Government Communications Head Quarters, apart from other agencies.

These revelations have had a massive fallout as governments discovered that their leaders had been spied on as they sent private emails and made personal calls. While embarrassed, the NSA has declared that all countries spy, so it’s not doing something it needs to apologise for.

Perhaps the biggest backlash has come from giant American software firms like Google, Facebook and Yahoo. Complicit in the NSA spying programme due to secret court orders, they now find that confidence in their ability to protect their users from NSA’s prying eyes has been severely shaken. They have thus been pressing the Obama administration to be more open about its demands for personal data.

Commercial clients abroad who use American-based servers to store data are even more nervous, and many have shifted to more secure cloud services overseas. This loss in business is expected to rise to many billions of dollars in the short term.

While the debate over the Snowden leaks has been lively and heated in the United States, it has caused very few ripples in the United Kingdom. And yet it was London’s Guardian that first broke the story, and has been at the forefront of those calling for reforms in the way personal electronic data is collected and used by the state.

However, the Cameron government has successfully cast the Snowden leaks as treachery, and the Guardian as a newspaper that has undermined state security. Most Brits have taken the line of ‘having nothing to hide’.

The reality is that the state has always tried to control and censor communications between citizens and other states. During the siege of Paris in 1871, the German army tried to shoot down carrier pigeons bearing messages to and from the French capital.

Since time immemorial, code-breakers have tried to crack coded messages, while those devising codes have attempted to stay one step ahead.

One reason for the German defeat in the Second World War was the British success in decoding the supposedly unbreakable Enigma code machine. While the Germans thought they were communicating on a secure line, British spies were privy to their most secret plans.

The post-9/11 realisation that Al Qaeda as well as other jihadis were highly adept at using cyberspace to communicate triggered a flurry of laws and policies to tap into the internet.

While researching my book Fatal Faultlines: Pakistan, Islam and the West, I was struck by the sheer scale and sophistication of the cyber-jihad. As soon as some of these sites were hacked by right-wing cyber-warriors and spooks, they would pop up again. There is constant low-level cyber-warfare taking place below the surface, but that’s for another column.