Home » Featured » Criticise but do not manipulate, Altaf warns media 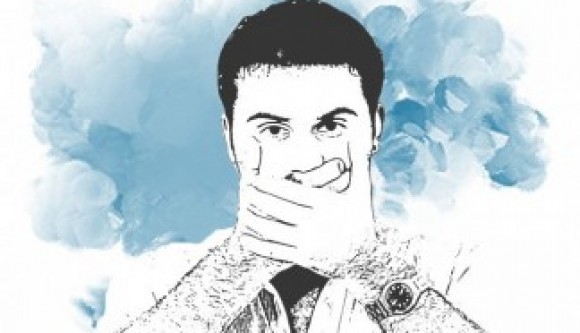 KARACHI: Criticising TV anchorpersons in a vehement tone, and accusing them of spreading outrageous propaganda against the Muttahida Qaumi Movement (MQM), the party’s chief Altaf Hussain warned them of dire consequences.

“You have the right to criticise, but not manipulate or spread lies against the sons of those who created Pakistan,” hesaid referring to mediapersons, in a telephonic speech to his party workers at a sit-in outside the Election Commission offices on Tuesday night.

Altaf subsequently retracted parts of his statements and apologised to mediapersons if he had hurt their feelings.In his earlier speech he warned the media that if they did not mend their ways, somebody from his organisation of millions of people might lose his cool. “If that person does something bad to one of you, don’t blame the MQM or Altaf Hussain,” he said.

Hussain claimed that the media was clearly biased against his party, portraying them in a bad light. Using an old Urdu proverb, the MQM chief said, “The dogs bark when caravans move. I want to tell the mediapersons that they can criticise the MQM as much as they want but honestly.”

”We all know about favouritism and manipulation. We have been running the party for the past 35 years. You are like our kids, our children, you can’t teach us politics,” he said.“Are you going to teach us the ethics of journalism? You boys!”

He warned the media to quit playing games with the MQM and said if the MQM ran out of patience, then neither the anchors nor the owners of the media houses would find a place to hide.

Later, addressing the MQM Rabita Committee meeting Altaf Hussain felicitated Nawaz Sharif saying that he accepts the mandate given to his party by the people. He urged all parties to respect each others’ mandates.

He said he was sorry if his remarks had hurt anyone including media persons. He also called off the sit-in outside the ECP offices until after a meeting of the Election Commission officials that will decide on the fate of NA-250 scheduled for Sunday.