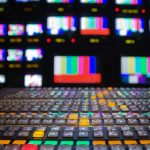 ISLAMABAD: A local court on Friday ordered registration of FIR against the production team of a television drama serial for alleged fraud and theft of valuables.

According to the complaint filed by Nosheen Agha, she had paid Rs1.45 million to the actress, actor and production team for producing a television serial for Pakistan Television.

Agha’s written complaint states that under the contract she signed with the television actors and production team they were supposed to work for the television drama from Nov 3 to 23 as she had booked rooms for them in guest houses of sector F-6 and F-7.

However, on Nov16, Hina and Ali left the set without any prior notice and also took away Rs12 million which the complainant had paid as their remuneration for their work.

On Nov17, Sohail Iftikhar and Gul Zaib Nawaz also ran away along with drama script, contract agreement, video shoots and other valuable items.

Husnain Haider advocate, counsel for producer Nosheen Agha said that the Kohsar police SHO had refused to register the FIR against the production team.

Subsequently, the court accepted the petition and directed the SHO “to register FIR as per allegations of the petitioner and thereafter investigate the matter in accordance with the law.”

Actor Ali Agha reportedly had already denied the allegations and claimed that the producer had shared half truth.

“No one has left the shooting spell. There were at least more than 40 people on the set including the actors, DOPS, technical staff and other crew members who were not paid on time. Everyone gave her a favor and we all kept working till the situation got worsened,” he said.

The actress had also shared similar views saying: “Nothing of this sort has happened – and I have screenshots of my conversation with her which I can reveal to media when is needed.”