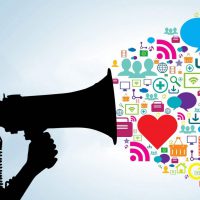 KARACHI: Arif Nizami and Dr Jabbar Khattak, the president and the secretary general respectively of the Council of Pakistan Newspaper Editors (CPNE), have expressed concern over curbs on freedom of expression, especially attempts by certain elements to hamper distribution of newspapers and electronic media transmissions.

“These attempts constitute an attack on freedom of expression and the concept of a free media,” the CPNE office-bearers said in a joint statement. “The CPNE will never compromise on freedom of media.”

Mr Nizami and Dr Khattak said governmental and non-governmental, political as well as non-political and religious organisations were responsible for the attacks on media freedom.

The CPNE leaders said media houses and journalists had always handled threats like abductions, arrests and even murders with stoicism, but the present “criminal threats are so cruel” that no media house or journalist could even dare complain about it.

Restrictions on reporting posed a grave challenge to newspapers and news channels, Mr Nizami and Dr Khattak said. “Intolerance on the part of politicians and aggressive statements discourage journalists from carrying out their professional duties.”

The CPNE leaders said a free media was vital to nation-building at this juncture when the nation was gearing up for elections.