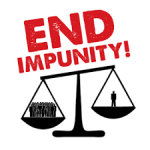 SEVENTY-TWO dead, including 48 deliberately singled out and murdered and 24 killed in the line of duty — these are the journalists who have lost their lives in Pakistan since 2002. They were among the bravest of the community: many of them took on some of the most powerful in the land, exposing corruption in high places and its tentacles in officialdom and the criminal underworld. Some refused to allow militants to terrorise them into silence. Then there were others who, despite the risk to their physical safety, were on the front lines of violent clashes. Sometimes, after having rushed to the scene of a bomb blast, they were caught up in a secondary explosion. And yet, only in three instances have convictions been obtained. These include the cases of Daniel Pearl (murdered in 2002), Wali Babar (murdered in 2011), and Ayub Khattak (murdered in 2013). A report in this paper on World Press Freedom Day, May 3, captured the climate of impunity that allows the death of almost every journalist to go unpunished.

There is another category of violence — one that may not result in death, but nevertheless also serves to instil fear in journalists, so they do not raise their voices against injustice and criminality. According to the Pakistan Press Foundation, during 2018 alone, there were at least 22 cases of physical assault on journalists to prevent them from performing their professional duties. Then there are indirect methods of coercion such as legal harassment, including detention and arrests on blatantly spurious charges. The law against cybercrime, problematic to begin with, has been weaponised to target those who articulate opinions on the media that offend a state increasingly intolerant of independent thought or reasoned debate. In such a climate, it is all the more important for media outlets where such journalists are employed to unequivocally stand by them, vouch for their integrity, and ensure they are provided the best legal defence possible. To disown them in such a situation is a disservice to the profession. Moreover, editors should remember that capitulation is a slippery slope; there is no telling what will next be asked of one.

Certainly, the criminal justice system in Pakistan leaves much to be desired. Many families have no closure and must live with the knowledge that the killers of their loved ones roam free. However, the impunity with which journalists have been cut down in the line of duty — or silenced through intimidation — has implications for society as a whole. When the conduits of information are choked off, the system of checks and balances is hobbled. Keeping the people ignorant facilitates the abuse of power. It is also worth asking why, even in the most open-and-shut cases, have the killers of journalists not been brought to book. Whose interests are threatened by the valiant work they do?