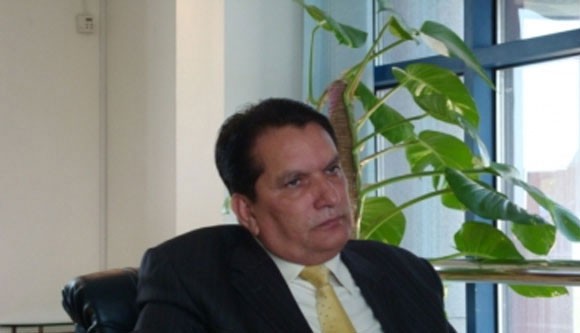 ISLAMABAD: It’s not only the top constitutional office holders who are flouting the judgements of the superior judiciary, a junior Pemra official, who was given a look after charge of Pemra chairman by PPP government and was removed by Supreme Court two-weeks ago, has started using powers of the Pemra Chairman in blatant violation of December 20, 2012 judgement and has summoned the Authority meeting on January 11.

Office of the Chairman Pemra fell vacant more than two years ago but the PPP government did not appoint a Chairman as it is a four-year tenure post and had PPP appointed a new chairman in time, his tenure would have come to an end soon after PPP’s term in government.

Thus the strategy was to appoint a chairman in the last year of the PPP tenure so that the chairman could continue after the PPP government completes its term and could serve the objectives of the top leadership.

During hearing of a case, the apex court had barred Dr Jabbar from functioning on a temporary look after charge. Dr Jabbar was serving as executive member Pemra and even his appointment as executive was entirely illegal and was made in sheer violation of rules and regulations. However, Dr Jabbar performed exceptionally to fulfil the wishes and desires of the rulers of the day to pressure the media freedom and used mafias to control electronic media channels by allowing them to spread as much obscenity and vulgarity as they could.

Then the Supreme Court removed Dr Jabbar from the office of the Chairman and ordered federal government to appoint new and regular Chairman Pemra. Dr Jabbar started working as executive member but top Pemra officials say that Dr Jabbar considers completion of some “pending tasks” as crucially important and thus is taking approval of the same from a authority meeting was a must.

The Supreme Court is all set to take up this case today (Wednesday) but government has not appointed new chairman Pemra for obvious reasons to make as much delay as possible.

Top Pemra officials say that under section-8 of the Pemra Ordinance and rules 3(4) of the Pemra rules 2009, only Pemra chairman can summon the meeting of the authority and even all the members of the authority cannot hold a meeting without consent of the chairman. However, for completion of some “crucially important tasks” the summoning of meeting was indispensable.

A Pemra letter provided to this correspondent bearing No. Pemra-1(2)/Secy/2013/81 (Islamabad), Dated: January 08, 2013 with subject: 81st Meeting of Authority, reads as; “The 81st meeting of the authority has been scheduled on 11th January 2013 (Friday) 1500 hrs at Pemra headquarters, Islamabad. You are requested to remain present in the office along with relevant officers/officials till the meeting is concluded.”

The letter has been dispatched to all DGs of Pemra, all GMs of Pemra headquarters, General manager Admin for necessary arrangement of the meeting and security consultant to ensure security arrangements. A copy for information is also sent to PS to Executive member.

Justice Jawad S Khawaja while issuing order to stop Dr Jabbar from functioning as Chairman Pemra on look after charge had held that he had been taking important decisions while he had no legal authority to do so and the authority is being run without a chairman since long.

Rule 3 of the Pemra Rules 2009 deals with the meeting of the authority and its sub-clause-4 held that only chairman Pemra can summon a meeting of the authority and even all the members cannot hold a meeting without consent of the chairman. This clause says that members are interested to hold a meeting they will have to “request” the chairman to summon the meeting. This rule reads as; “3. Meetings of the Authority, etc.- (1) The Authority shall hold not less than four meetings in a calendar year and may meet as often as it deems fit in order to dispose of its functions as provided for in the Ordinance. (2) The agenda and notice of the time, date and place of the meeting shall be circulated among the members at least one-week prior to the date of the meeting:
Provided that for disposal of urgent matter requiring immediate decision, the agenda and notice may be circulated among all the members through phone, fax or email. (3) The Authority may seek opinion of any officer or expert on a specific item of the agenda. (4) The Chairman shall convene a meeting of the Authority either of his own accord or, as the case may be, on request of more than one half of the total membership.

“8. Meetings of the Authority, etc: (1) The Chairman or, in his absence, the member elected by the members for the purpose, shall preside over a meeting of the Authority. However, no member in his individual capacity or all the members collectively could summon/call the meeting of the authority and summoning of the meeting of authority is exclusive power of the Chairman Pemra. Supreme Court could consider this flouting of its orders and many illegal appointments in Pemra including illegal appointment of Dr Jabbar as executive member of the authority during its today’s hearing.