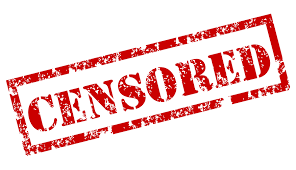 ISLAMABAD: The Censorship Committee on Defence Planning (CCDP) has been revived by the government after 18 years to protect the “national interest” being threatened, particularly by the unregulated and unchecked electronic media of the country.

Sources said that the CCDP, which met on Dec 16, 2015, after a long gap of 18 years, decided to regulate the selling of airtime by local TV and radio channels to foreign media. This was the CCDP’s first meeting after 1997.

“Many TV channels and radio stations are airing foreign programmes/ content, which could be detrimental to the national interest,” an official document relating to the last CCDP meeting says.

In view of the present ground realities, the committee decided to bring its own role in line with the modern challenges, particularly from electronic and social media. The committee decided to revise its own formation to ensure the inclusion of officials from all relevant civil, military and security agencies.

The meeting also decided that there should be uniformity in the CCDP at federal and provincial levels to evolve a mechanism to review the censorship regulations and procedures having a bearing on “National Interest/ Defence Planning”.

The provincial CCDPs will be approached by the federal committee through respective chief secretaries so that the same procedures and parameters are followed at the federal and provincial levels.

Regarding the private courier services, it was decided that these services should be regulated through a regulatory authority formed for this very purpose. The committee also reviewed the proposed changes suggested by the Central Board of Films Censors in the existing censorship code after the 18th Amendment.

According to sources, the electronic media’s madness for rating over the past several years have badly compromised the national interest, dented social and religious values of the society besides defaming all and sundry even judges. Mostly, the media houses have no mechanism to check what is being aired in violation of the law and the Constitution and even against religious teachings and the national interest.

Only recently, the Pakistan Electronic Media Regulatory Authority (Pemra) for the first time started showing its muscles to regulate the TV channels. It is believed that the revival of the CCDP will help the electronic media to operate within the limits set by law and the Constitution.