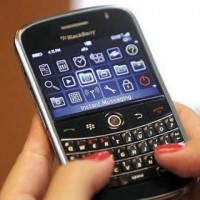 ISLAMABAD – PTA on Sunday said that all the Black Berry services, including Enterprise Services (BES) would continue in Pakistan, if the cellular companies provide law enforcing agencies access to its BES services.

It is a wrong perception that PTA is going to ban Blackberry services in the country, instead we have been asking the company to provide us access to its secure Enterprise Services (BES) from last many years, and now finally, we have issued them notice that if they don’t provide us access to BES data, in next 90 days, we would block BES services, in the country, a top official told The Nation.
He said, even if the BES services are blocked, the Canadian handset manufacturer’s customers in the country would continue using Internet and other services on their phones.
There are between 4000-5000 Blackberry users in the country.

The official explained that under BES any enterprise could create a secure internal mailing system, and that might be used for any terrorist or anti-state activity.

It is a legal demand, as the company has been providing access to its BES all over the world, including neighbouring country India, he said.

Last week, Ministry of Interior reportedly decided to block the service in Pakistan, issuing directives to the Pakistan Telecommunication Authority (PTA) to implement the decision from December 1, 2015.

According to sources PTA has sent a letter to the cellular operators to either provide security agencies access to BES or block the services by November 30, 2015.
However, the sources confirmed that if companies comply with government demand, its BES services would be allowed to continue.