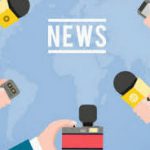 The BIEK on Saturday announced it was conducting the Higher Secondary School Certificate examinations 2019 from April 15, and, according to BIEK officials, 215,800 candidates were appearing in the exams.

When many cases were reported in mainstream media about the cheating culture, Sindh Minister for Education and Literacy Syed Sardar Ali Shah invited journalists and members of the civil society to assist the education department in the elimination of the cheating culture from exams. He had told members of the civil society and journalists that the education department would issue passes to give them access to the examination centres.

Contrary to this, BIEK chairman Prof Inam Ahmed is of the view that the elimination of the cheating culture is the basic responsibility of the board and there is no need for journalists to cover examination centres.

When the examinations started on Monday, dozens of candidates had registered their complaints at the Directorate of Inspection and Registration of Private Institutions Sindh. Students said they didn’t receive admit cards from the BIEK. Afterwards, Director Private College Prof Zahid Ahmed took notice of the complaints and visited many institutions. Ahmed reported that some administrators of private colleges were demanding payoffs for issuing admit cards to candidates.

The same situation was also observed at the Government College for Women located on Shahrah-e-Liaquat. Candidates complained that they did not receive their admit cards while the entry time at the examination hall had already started.

Also, mismanagement was observed at the Government Pakistan Shipowners’ College where candidates protested that the board had assigned duties to schoolteachers who were unable to explain question papers to them.