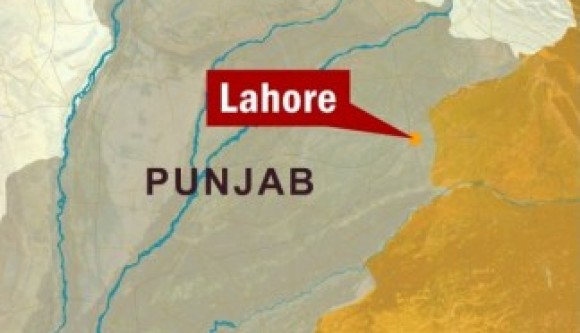 Lahore: A protest demonstration was held on Monday against the suspension of Geo in which a large number of people from civil society, legal fraternity, political workers and journalist community participated.

Senior journalist Anjum Rasheed said Geo was the face of Pakistan and its closure was damaging the country’s image in the international community.Nisar Safdar said Geo was the voice of people and they would not let it blacked out completely at any cost.

Shahida Jabeen stated that the people would have true knowledge of situation in Karachi, if Geo had not been closed, while Zahid Zulfiqar said banning Geo meant banning freedom of expression.

Wapda union activist Tariq demanded of removing ban on Geo without any delay. The Jang Workers Union general secretary stated that they would fight for the freedom of expression till their last breathe. Senior journalist Maqsood Butt also expressed similar views.

Abdullah Malik said the closure of Geo was damaging society’s fabric. Ijaz Mirza said he was among the protesters to support the cause of Geo and wanted its immediate reopening. Hanif Goraya said a conspiracy was being hatched to shut down Geo but they would not allow the conspirators to achieve their goal.