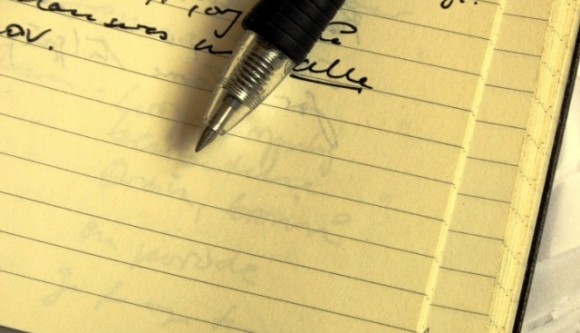 ISLAMABAD: A murderous attack on Hamid Mir has been followed by unabated assaults on his employer, Geo TV.

‘Patriotic’ pundits flock to the talk show studios of the TV stations channelled around Aabpara to condemn the coverage that flashed on the screen the picture of the DG ISI, as has been accused by the victim journalist’s family.

Pointing fingers at the ISI chief has been treated as an attack on the ISI that, they say, resulted in the agency’s defamation at a global level. A number of anchorpersons playing up the issue are more interested in raising questions than getting answers.

In many cases, their ignorance was on blatant display. In the lines below, I will attempt to address these questions.Question 1: Why were the allegations hurled at the ISI chief with indecent haste as Geo TV could have waited for Hamid Mir to regain consciousness and make his statement?

Answer: Allegations levelled by Amir Mir were based on a recorded statement that Hamid Mir handed to his family and friends for its release in case of any attempt on his life. The allegations might have surprised many viewers but the fact remains that the victim had shared his concerns with many of his friends and colleagues. Needless to mention that neither the family traumatised by this tragic incident was ready to wait nor were his colleagues. They had planned to lodge a protest and approach other channels in case Geo TV refused to air the tape. It took a couple of hours to decide before airing the statement. Question 2: Did Hamid Mir inform his top management about these threats and the likely perpetrators?

Answer: Yes, he had conveyed in writing to the management that decided not to make it public unless the situation demanded so. His email on February 25, 2014 (2:15pm) to Geo TV management said all about that Amir Mir disclosed on Geo TV attributing it as statement of Hamid Mir. Other than learning through Hamid Mir, the management was aware of the precarious situation through the threatening messages received from other quarters about the victim journalist in the past.

Question 3: Will the emails be made public?

Answer: They will be presented as evidence to support the allegations before the judicial commission .

Question 4: Was Hamid Mir the only person from Geo TV facing threats?

Answer: Many others are also under threat. Included among them Question 5: Isn’t it unfair to accuse ISI chief without any solid evidence?

Answer: All Pakistanis respect the national security institutions and their sensitivity is kept in mind. That said the individuals working for the agencies were not immune from criminal investigation by any legal standard. Also the fact remains that investigation into a crime starts from the suspicion. The first question asked by the police to victim side is: who do you suspect? The purpose is to get to the culprits. .

Question 6: What if ISI chief’s involvement is not established?

Answer: That will be good news and remove dust of suspicions. It is rather a golden opportunity for ISI to come out clean by offering able assistance to the investigators in getting to the culprits given the capability and a lot of resources at its disposal. The ISI and MI had successfully done this job after the assassination attempt on former President Gen Pervez Musharraf. They apprehended the rogue elements within the forces that were hands in glove with the militant organisations in this killing plot.

Question 7: Was it fair to flash repeatedly the photo of ISI chief on Geo TV?

Answer: Let me ask a counter question. Don’t media flash pictures when some other noted figures are held accused in any case?

There is no news on TV carried either without graphics or pictures. The picture shown was not the only photo of ISI chief available. Several were about the ISI headquarters and others related to the agency. Since ISI chief was being accused, not the agency overall, hence only his picture was flashed.

Moreover it is recognized legal right of the family of any victim of an attack to name suspects.

Hamid Mir had also conveyed this to some of his friends and investigative agencies are senior journalists of the Group and complaint in this regard was lodged with the government and its institutions.

ISI chief has to face the judicial commission now

On different occasions when allegations were leveled against the then COAS Musharraf, the then ISI chief Shuja Pasha, Premier Nawaz Sharif, Chief Minister Shahbaz Sharif, former President Asif Ali Zardari, PTI chief Imran Khan, former PM Yusuf Raza Gilani and former PM Raja Peraiz Ashraf, the pictures of all these leaders were shown along with the allegations repeatedly by electronic media. When Benazir Bhutto accused the then President Musharraf, the then IB chief Brigadier Ijaz and the then Punjab CM Pervaiz Ilahi of conspiring to murder her, the pictures of all them were repeatedly shown by the electronic media. When the PML-N had accused the then ISI chief Shuja Pasha of backing Imran Khan and demanded his resignation, the PML-N demand and accusation along with Pasha’s picture were repeatedly shown on the electronic media.

Moreover, when reports about any blast, price hike, power outages, accident, police action against protesters and any unjustice with masses are aired, related pictures are also repeatedly shown on TV screens.

This should not be considered as a conspiracy. If pattern and behaviour of electronic media is properly understood, question of any conspiracy won’t come into mind. Is it not a fact that if any journalist is killed, the scene of the incident is shown repeatedly. The electronic media did not spare Iftikhar Muhammad Chaudhary before he retired as chief justice. The allegations on sitting judges were also aired by the media.

Thousands of channels in India, US and UK enjoy maximum freedom. If it is complained in Pakistan that agency chief’s coverage was wrong, then the coverage of the issues related to civilians is also wrong. The electronic media airs beepers and holds talk shows in accordance with the importance of the issue. The similar pattern was adopted on this issue.

Question 8: Why is there such hue and cry over coverage of this issue?

Because in our country there is a concept of sacred cow and untouchables about the very powerful. Allegations have been leveled in the past also but this time they came with a bang. Or perhaps because Jang Group is the biggest media group the issue had generate so much hue and cry.

Whatever is highlighted in this context is done in accordance with the constitution and law. Those who are leveling criticism they will soon know that the coverage of this incident was in accordance with constitution and law. The coverage was meant to uphold supremacy of constitution, freedom of press and rule of law. Media gurus know that this box (TV) in the world has its own dynamics and it continues to earn its independence.

It should be noted that Jang Group alone and also along with journalists had moved courts and Supreme Court with the pray to regulate media. Hamid Mir and Absar Alim, who remained with the Jang Group, had also moved court in this regard. But this is unfortunate that courts have not moved fast, nor the government had paid attention to it.

Jang Group had also been asking the government to regulate media. This is Jang Group’s official stand. The prime minister and information minister are witness to it.

Question 10: Did ISI or ISPR complain to Geo over running the picture?

Answer: Neither of them contacted the management hence no objection was raised. Carrying the news and dropping it later on was the sole decision of Geo TV without any external intervention. This issue was only raised through opinion-makers aligned with national security agencies.

Question 11: Why ISI chief was asked to resign?

Answer: This demand was not made by the organization. This was the stand of one of the senior most journalists of the Jang Group who is among the most credible newsmen of the country. The opposite view of his stand from within and outside the Group was also aired