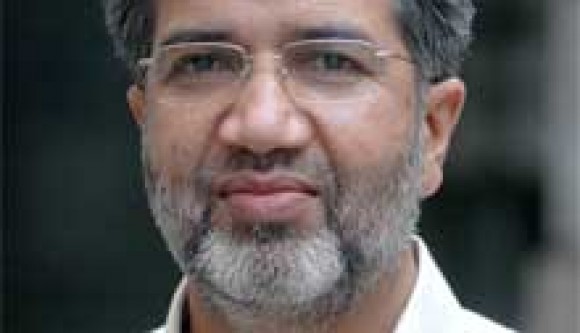 ISLAMABAD: Editor Investigations of The News Ansar Abbasi on Saturday received a threatening e-mail message from someone identifying himself as “Khaki Power” and threatening the senior journalist to “Behave” and “weigh the pros and cons” of his words.

Received from “Khaki Power” via the email address “khaki@safe-mail.net”, the message clearly said: “This is not a reminder but a serious suggestion”.The Interior Ministry as well as the FIA Cyber Wing have been formally informed of this threatening message.

The e-mail received at 11:42 am at Abbasi’s official address ansar.abbasi@thenews.com.pk reads: “This is not a reminder, it is a serious suggestion. Behave yourself and weigh the pros and cons of your words. Sometimes its hazardous to bite the hand that once fed it.

“Skeletons can fall out of anyone’s closets miraculously from the heavens and effectively ruin a ‘journalists’ career. And we all have skeletons. Good day.”

It is for the authorities to find out if this message from the unidentified “Khaki Power” has been authored by some frustrated soul unhappy with the work of Ansar Abbasi, by a pawn of the security agencies, by some disgruntled elements within the military establishment or by someone who wants to smear the name of the Pakistan Army.

However, the fact is that this e-mail has been received by Ansar Abbasi within a few days of his writings in The News and Jang where not only he was among the first ones in the media to have disagreed with the recent controversial statement of the Army Chief General Raheel Sharif but had also exposed General (retd) Musharraf and how he had hurt the institution of the Pakistan Army.

Ansar Abbasi had warned that General Raheel’s statement would lead to misunderstandings between the civilian and the military leadership.

He had also observed that the army chief’s statement would be exploited by those elements, including General Musharraf and his men, to fuel the fire and lead the country towards yet another martial law.The senior journalist also differed with the view that General Musharraf’s trial should be treated as the trial of the institution of the Pakistan Army.

Unfortunately, the social media is grossly misused in Pakistan but there is no law to check the crimes and wrongs done through this medium of communication. Although in this case the e-mail and other relevant details have been forwarded to the FIA Cyber Wing, the agency has hardly solved or caught anyone in such a case before.