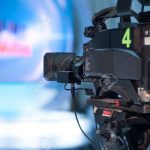 This government keeps coming up with ever new schemes to control the media. The plan to set up special media courts having been thwarted by all stakeholders, it has now devised another policy to ‘manage’ the print and electronic media by centralizing allocation of advertisements to them. A few days ago, the Prime Minister’s Office (PMO) issued a directive saying all advertisements, including classified and display advertisements, of the federal ministries/departments/organisations as well as autonomous and semi-autonomous bodies under their control will be released only through the Press Information Department (PID) of Ministry of Information and Broadcasting. Furthermore, stated the PMO’s communication, all ministries/divisions shall take necessary action on the direction of the Prime Minister, and also direct organisations under their administrative control to strictly abide by these guidelines.

In simple words, ministries/departments and affiliated bodies will no longer have the freedom to give out advertisements keeping in mind the target audience or the reach of a media organisation. Instead, the PM will be presiding over the activity via the PID.

The government being a major advertiser all across the media, the policy can only be seen as an attempt to influence editorial content by rewarding those who are willing to play along with it and punish those who refuse to fall in line.

This is not the first time for a government to insist on using such arm-twisting methods. But it is unfortunate this should happen on the watch of Prime Minister Imran Khan, who was a big defender of media independence when out of power.

In fact, during his last visit to the US, he responded to a question about rising pressure on the media by recalling how he was a beneficiary of the growth of independent media at a time his party lacked the resources to reach out to the people with its message. Considering the experience, his government should not be hustling media organisations.

They are already facing hard times due to a drastic reduction in the government’s advertising budget, which has resulted in hundreds of journalists and media workers losing their jobs. Indeed, the government is pressed for cash, but the new advertising policy has nothing to do with economic difficulties; it is reflective of an unmistakable desire to have favourable coverage through manipulation.

As expected, representative bodies of all stakeholders have rejected this policy, correctly describing it an attempt to subjugate the media. PM Khan surely does not want to be associated with such a depiction. He would be wise to review and withdraw the directive, letting independent media flourish in the greater interest of democracy of which freedom of expression is a core value.