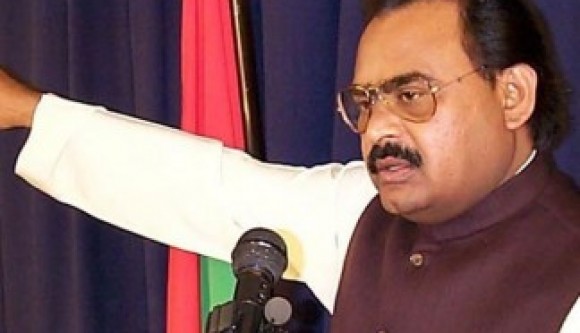 LONDON: Founder of the Muttahida Qaumi Movement (MQM) Altaf Hussain has expressed concern over threats made against journalists. He has demanded that the government should take a serious notice of the threats and provide protection to senior journalists and anchor-persons.

In a statement issued from London, Hussain said, “It is on the record that the banned outfit Tehreek-e-Taliban has prepared a hit list of journalists and anchor-persons and Hamid Mir’s name tops the list. It was the responsibility of the government to conduct an impartial investigation to expose those responsible for the attack on Hamid Mir, he added.

Few days ago terrorists had attacked a senior journalist Raza Rumi in Lahore, which resulted in his driver’s death. Journalist and anchor-person Iftikhar Ahmed was threatened of dire consequences if he did not stop writing about Taliban and a senior journalist Imtiaz Alam was forced to leave his organization, Hussain said.