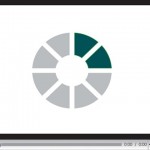 It has been a year and a half since the previous government decided to block YouTube, and the new government upon their arrival, issued a statement that the matter would be looked into, which is basically just another way of displaying their indifference and lack of knowledge on the issue. Internet censorship by the PTA is nothing new, however, this past year and a half has revealed their over-zealous and self-righteous side, considering that they feel themselves to be the guardians of morality in society. We all know how it started. A senseless video was made, which sparked protests all over the Muslim world, and gave license to the government to block any websites they felt were ‘wrong’. Not much trouble was taken to actually attempt to define this abstract concept.

YouTube is a vast database of videos that encompass virtually all areas of human knowledge and entertainment, and it is believed that out of 20 million internet users in Pakistan, at least 7 million relied on this website for something or the other. The Pakistan Telecommunication Act of 1996 banned transmission of messages that were deemed “false, fabricated, indecent or obscene”. The PTA uses this act to block any content that might or might not be inappropriate, with no specific criteria outlined. In the case of YouTube, the government is demanding that Google should implement nationwide restrictions on what is sees as ‘blasphemous’ material, so that blocking the entire website is not necessary. Google is reluctant to do this, because as a private corporation they do not see the legal environment of Pakistan to be conducive to running a business, nor will they be catering to a wide enough market to be sufficiently interested in making an effort.

Needless to say, the state holds the responsibility of the provision of rights to its citizens, and this responsibility cannot be shunted off to a private enterprise. In the case lodged against the government by various NGOs working for Internet freedom, the Ministry of IT and Telecom has not shown sufficient interest. The new Minister, Anusha Rahman has not shown up to any of the hearings, nor is she likely to do so. Unfortunately, no progress is being made. Those that are hoping that the regime will see sense should face reality. The PML-N does not see the provision of internet freedoms as a priority. And YouTube is unlikely to be accessible anywhere in the near future.