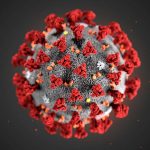 All three, whose names have not been disclosed, are based in Lahore.

Mohsin Naqvi, chief executive officer (CEO) of one of the two media groups in question, confirmed the development and said: “We are investigating the possibility of further infected individuals by tests and have quarantined few staff members. We have and will continue to assure that all precautions possible are taken.”

Meanwhile, All Pakistan Newspaper Employees Confederation (APNEC) Chairman Siddique Anzar claimed three more reporters, two in Punjab and one in Karachi, were infected of the virus that emerged in China last December.

“Most of the reporters covering hospitals asked me for safety kits. After our request to the federal government, they have taken up the responsibility for the treatment of only those reporters and their families who have tested positive,” Anzar told Anadolu Agency.

He said reporters from smaller towns such as Dera Ismail Khan and Larkana, besides being ill-equipped, were also facing financial difficulties because of delays in salaries.

Pakistan is amongst the worst-hit countries in South Asia where the number of affected people is close to 1000, with seven reported deaths. Some 18 patients have recovered so far, according to government numbers. While the Centre is reluctant to impose a national lockdown citing potential economic fallout of such a decision, provinces and administrative units are going under strict lockdowns with the latest being Balochistan.

While staffers in digital newsrooms have been asked to work from home, TV reporters have to be out in the field to cover the situation.

Sibte Hassan, a Karachi-based reporter for another private media house, said: “Channels are demanding extensive coverage of this issue… we have to give live hits in every headline and bulletin but they haven’t provided us with any safety kits. I am roaming around in hospitals… I got my safety kit on my own, but many of the field reporters cannot even afford these.”

Apart from the above-mentioned issues, media houses are also decrying unpaid advertisement dues by the federal government “for long”.

According to senior journalist Hamid Mir: “I have even used safety kits in war zones that were very heavy but for corona, it is very light… hand gloves, masks, plastic capes, and sanitisers. We have demanded the government to pay the overdue bills of media houses that are around Rs6 billion so that their staff can get through this lockdown and take care of themselves.”

After Sindh, Punjab announced a lockdown on Sunday, closing everything except essential services such as hospitals, grocery stores and pharmacies.

The global death toll from the virus has exceeded 17,000, with 398,000 cases confirmed worldwide.

In the face of the pandemic, Reporters Without Borders (RSF), an international organization that is aimed at safeguarding the right to freedom of information, has called on media executives in Pakistan to “temporarily close their bureaux for the sake of the health of their staff”.

“… we ask all of the country’s media executives and owners to put their reporters’ health first and not send large numbers of them into the field,” said Daniel Bastard, the head of RSF’s Asia-Pacific desk, adding: “Everything must be put in place so that they can work from home and avoid any potential source of infection.”