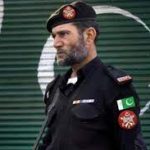 Whether it was due to influence of the accused or police indifference, media persons outside the judicial magistrate Shoaib Akhtar’s court were harassed, intimidated and threatened by the Jaffer family on Monday. It was the date of hearing and all the prominent members of the House of Jaffer, Zahir Jaffer, his father Zakir Jaffer, mother […]