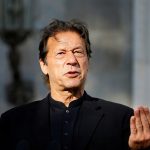 ISLAMABAD: Pakistan Federal Union of Journalists (PFUJ) has demanded Prime Minister Imran to explain his position on freedom of speech in the wake of his Special Assistant on Information Shehbaz Gill’s statement over the issue. The journalists’ body expressed grave concerns over the statement of Gill in which he openly announced that the PTI government […]