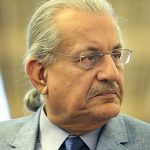 Stressing that peace was a prerequisite for economic progress and political stability of the country, Pakistan Peoples Party’s (PPP) central leader Mian Raza Rabbani on Friday said political parties had joined the recently formed Pakistan Democratic Movement (PDM) to launch a peaceful campaign for the ouster of the Pakistan Tehreek-e-Insaf-led government. He added that the […]