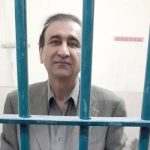 ISLAMABAD: Chief Executive of the Jang Group of Newspapers Mir Shakeelur Rehman approached the Supreme Court on Thursday to seek release on post-arrest bail. The media tycoon, who has been under detention for months, filed an appeal against the July 8 Lahore High Court (LHC) order of rejecting his bail plea through his counsel Khawaja […]