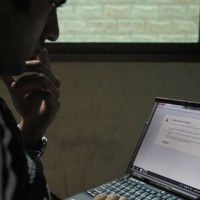 ISLAMABAD: For those who have been able to access YouTube in the last a few days, the joy is short-lived.

“The reason why YouTube was accessible in certain parts of the country was because of a technical fault which will be fixed,” said Minister of State for Information Technology Anusha Rehman on Friday.

The rumours that YouTube was accessible in certain parts of the country during the last a few days are true. According to a senior official in the Pakistan Telecommunication Authority (PTA), YouTube became accessible through certain Internet Service Providers (ISPs) due to a technical fault.

Minister says issue of YouTube blockade will be addressed through new cyber crime bill
“The news of unblocking YouTube will be announced officially, not done quietly,” said the official.

The minister stated that the YouTube issue was being addressed in the cyber crime bill which she hoped would be approved by the government in about two months.

holding it responsible for any blasphemous or anti-state content posted online by individuals/users.

“We saw how a blasphemous content was shown in France and its fallout was seen in the streets of Pakistan. No government will take the responsibility upon itself to unblock YouTube until a concrete solution is found to deal with objectionable content on internet,” she said.

“It was too good to be true but I still immediately switched on my laptop but an error window showed on the screen instead of YouTube,” said medical practitioner Hyra Farooq, who then started calling friends to confirm if the news was correct.

The video sharing website has been banned in Pakistan since September 2012 after the search engine giant refused to take down a blasphemous film triggered protests around the world and in Pakistan.

As the ban on YouTube enters into the third year, internet users in Pakistan continue to access it through alternate channels.