Home » Featured » YouTube blockade to continue as no solution in sight 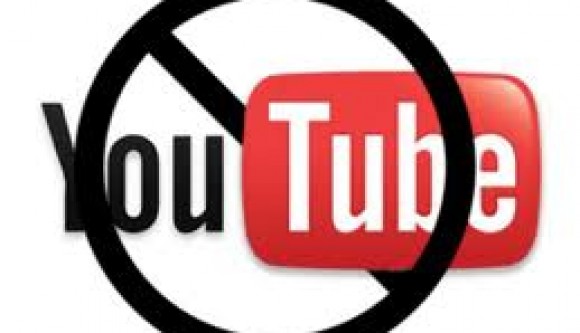 Pakistan to continue Youtube blockage for an indefinite period as currently no technical solution is at hand, which can erase 100 per cent of the objectionable contents from the social website, it is learnt. Officials’ sources revealed to Business Recorder that currently, there is no technical solution which could block 100 per cent objectionable contents on Youtube, since new links were added every minute on the internet.

Additionally, objectionable content using secure protocols could not be blocked, said sources, adding that everyday more and more content was being shifted to secure protocols. Pakistan Telecommunication Authority (PTA) has identified the URLs of obnoxious videos, flagged the links and passed on the same to Google Inc. All the videos flagged by PTA, were responded by Google with the warning message displayed on every video. Up till now 975 blasphemous videos displayed the warning message and the flag is being raised every day.

A US Appeals Court on February 26, 2014, ordered Google Inc to remove from its Youtube video-sharing website anti-Islamic film “Innocence of Muslims” on a copyright issue. However, the US court of Appeals in its order on February 28, 2014 had modified its earlier decision and allowed Google to display copies of “Innocence of Muslims” that does not include Cindy Garcia’s performance. The movie is still available on Youtube, sources maintained. The Supreme Court in constitutional Petition No 104 of 2012 ordered to block offending material on Youtube website or any other website. The government was making efforts to comply with the SC decision and Youtube would be opened after the Court order, said State Minister for Information Technology Anusha Rehman while briefing a parliamentary panel.

After blasphemous movie was uploaded on Youtube in September 2012, the Ministry of IT approached the management of Google and Facebook. In response, Google refused to block the blasphemous movie links/URLs in the absence of Mutual Legal Assistance Treaty. However, the management of Facebook agreed to block secured website links. Due to bulk of blasphemous links/URLs and considering law & order situation in the country, the YouTube (www.youtube. com) at IP level was blocked on September 17, 2012 on the instructions of Inter Ministerial Committee (IMC). In order to monitor blasphemous and pornographic material on the internet, the PTA has established a Web Analysis Directorate. In addition, a Web Analysis Cell “WAC” has been created to proactively monitor and identify the blasphemous and pornographic content. The objectionable sites are then blocked and up till now 18,828 links have been blocked.

The PTA has co-ordinated deployment of a technical filtering solution at the Pakistan Telecommunication Company Limited (PTCL) and TWA, which are the bandwidth providers. The PTA has interacted with the management of “Facebook” and “Twitter”, and arrived at an arrangement whereby the objectionable URLs being reported to them are blocked. The PTA has coordinated with “Google”, with special reference to activations of warnings on the reported blasphemous videos of “Innocence of Muslims”.