Home » Featured » A year after Snowden revelations, damage persists to freedom of expression in Pakistan 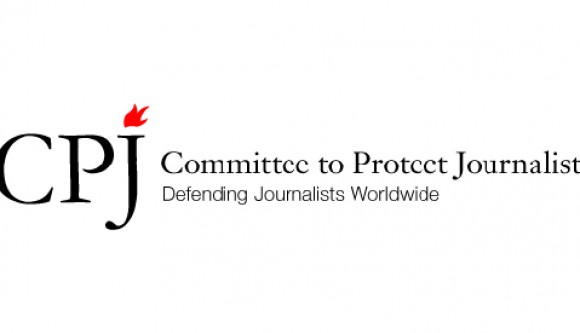 In Pakistan, where freedom of expression is largely perceived as a Western notion, the Snowden revelations have had a damaging effect. The deeply polarized narrative has become starker as the corridors of power push back on attempts to curb government surveillance. “If the citizens of the United States of America cannot have these rights, how can you? ..” is an argument that rights advocate hear way too often. The Snowden revelations quickly became a moment of recognition for those otherwise labeled as conspiracy theorists who believed that all digital transmissions become a tool that can be used by the U.S. government. Unlike, for example, Brazil, which has fought back, the government of Pakistan is working on ways it could replicate a NSA-like model in this country.

Just months after the revelations, some of which reported that Pakistan was one of the leading countries (second only to Iran) being surveilled by the U.S. National Security Agency, a draft of a Cybercrime Law surfaced. The draft, reportedly commissioned by the government, contained provisions for the constitution of an NSA-like cyber authority and Pakistan’s very own 5 Eyes program (a signals intelligence-sharing alliance). The draft bill was quickly shot down after pushback from civil society, but attempts at tabling new legislation have not stopped.

Recently, a report commissioned by the Supreme Court and produced by a retired judge and a renowned media personality suggested that the Pakistan Electronic Media Regulatory Authority (PEMRA) and the Pakistan Telecommunications Authority (PTA) be merged, and effectively categorized social media as broadcast media, recommending that it be monitored in a similar manner. Given the ad hoc manner in which authorities in Pakistan crack down on Internet content, treating media on the Internet as broadcast media could have severe repercussions for freedom of expression. Take, for example, the case of YouTube, which the government says it blocks because of certain content deemed blasphemous. This stems from a misconception that all Internet content is broadcast rather than accessed voluntarily. The presence of specific content on a large platform should not legitimize the denial of access to the whole thing.

Furthermore, any merger of PTA and PEMRA would entail scrapping current laws related to the two regulators and the enacting of new legislation. Given the absence of laws protecting free speech and given that Article 19 under the 1973 Constitution is subject to vague restrictions such as the “glory of Islam,” new legislation would likely be problematic. In the past three years, more than three parties including a university professor, a Christian couple, and a student have been accused or charged with blasphemy on the basis of a Facebook post and text messages. Furthermore, The Protection of Pakistan Ordinance, which was recently passed despite severe opposition, makes “Internet offenses” a prosecutable offense without specifying what constitutes such a crime.

Meanwhile, as the YouTube ban persists, there is also a push for data localization as an attempt to make companies subject to Pakistani law. These attempts increased significantly in light of the Snowden revelations as people became paranoid about the treatment of their data. More recently PTCL, the country’s largest Internet provider, which is often accused of having a monopoly in the market, partnered with Daily Motion to bring a “localized video sharing platform.”

From the policy landscape to the public narrative regarding free speech and privacy, the Snowden revelations have strengthened the state’s argument for surveillance. With the recent shutdown of Geo TV and rival media channels seemingly busy with public infighting, freedom of expression has taken a big hit. Journalists, reporters, and rights advocates now live with the fear that it is not only their own Government monitoring their movements but foreign governments and agencies too. As anyone who follows Pakistani media knows, journalists often face the dilemma of self-censorship at certain boundaries. Now the walls have closed in even more.

Sana Saleem is a director of Bolo Bhi, an Internet rights group based in Pakistan, and an advisory board member for the Courage foundation, Snowden’s legal defense fund.