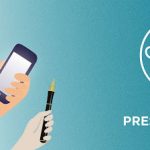 The journalists’ bodies took out rallies to mark the Press Freedom Day throughout the Sukkur region. They waved black flags on their respective press clubs to record their protest against the discrimination with the journalists. They also demanded immediate release of Jang/Geo Group Editor-in Chief Mir Shakil-ur-Rahman.

Addressing a large rally in Sukkur, PFUJ vice president Lala Asad Pathan said the rights of journalists are being usurped by the State. He said a number of journalists were killed in the line of duty and their parents and colleagues were still waiting for justice. He said media workers were being unemployed due to the recent wave of financial crisis in the country. Pathan said in the ongoing situation when Covid-19 menace was creating fear among the people, only journalists were doing their duties as usual. He said the government was unable to resolve journalists’ issues.