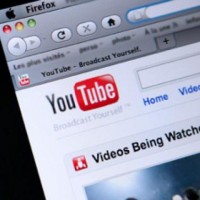 Governments of Pakistan in the last decade have shown a propensity to inflict self-harm when it comes to new technologies, particularly the internet. The YouTube ban that was imposed more than two years ago has become an irrelevant laughing-stock. The ban has given rise to a reported acceleration in the development of proxies that may be downloaded and deployed to circumvent the ban. Any internet user who wants to can view whatever content he or she may wish — including all the banned pornographic sites, overdoses of blasphemy and any number of banned hate-speech websites. The blasphemous clip that started this farrago was removed by Google after a US court ruling, but is still available in a shortened version for those determined to see it — and not only on YouTube.

In an attempt to repair this shot in the foot, the government has now announced that it is developing legislation to ‘localise’ YouTube in Pakistan, bringing it within the ambit of local law, as it is currently operating under US law. A draft bill has been tabled with the National Assembly standing committee on IT and assuming it is passed, the government can then work with Google in order to gain the rights to locally manage the site — which may or may not be a good idea depending on one’s view of the ever-expanding censorship of media in the country. The government hopes that this will give it the opportunity to block “objectionable material” — and if it believes that, it is living in a fool’s paradise. YouTube is an increasingly essential global resource in the education matrix from pre-school to PhD studies. Pakistan already has an education crisis of immense depth and breadth, and banning YouTube feeds into the educational deficits. Vast libraries of free educational material are denied to our students — to say nothing of the innocent and non-objectionable pleasures that may be found on YouTube. Finding a face-saving way of getting YouTube back online for the average internet user should be a priority. We await with interest.