Home » Featured » Who is behind the campaign against Jang/ Geo Group? 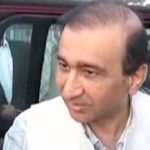 ISLAMABAD: Barrister Shahzad Akbar-led Assets Recovery Unit (ARU) of the Prime Minister’ Office denies the rumors circulating in Islamabad that he’s coordinating campaign on Jang/ Geo Group that include the arrest of Group’s Editor-in-Chief Mir Shakil-ur-Rahman by the National Accountability Bureau (NAB) on a false case.

Akbar, who is also Prime Minister Imran Khan’s Special Assistant on Accountability, when contacted claimed the government knows who is mis-feeding the Jang/Geo Group with the “wrong information” that the arrest of Mir Shakil-ur-Rahman was made on the orders of the prime minister. When asked, “Who is mis-feeding the Jang Group about the involvement of Prime Minister and the Assets Recovery Unit,” the PM’s special assistant opted not to name the person(s) who he claimed are known to him and the government. Akbar said that neither the prime minister had any idea of Mir Shakil-ur-Rahman’s arrest nor the ARU has anything to do with it.

The News has been told by a source that NAB was in contact with ARU in Mir Shakil-ur-Rahman’s case and one of Shahzad Akbar’s Unit officer has been interacting with Lahore Development Authority (LDA) as well as the revenue department Lahore in Jang Group’s Editor-in-Chief case. When asked, Shahzad Akbar although confirmed the name of the officer (not being mentioned here) working under him, but said that the officer is attending a mandatory civil service training course in Lahore for the last four months.

Akbar said that he knows who is telling such a lie to the Jang/ Geo Group. Akbar claimed that when he came to know that NAB was going to arrest Mir Shakil-ur-Rahman, he was the one who had informed the prime minister about it. He said that the prime minister inquired from him in which case the Jang Group’s Editor-in-Chief was being arrested. Akbar claimed that the complainant in Mir Shakil-ur-Rahman’s case had been pressing him for the last six months to push the LDA’s case against the Editor-in-Chief of the Jang Group but he did not oblige the accuser. Shahzad Akbar said that he had WhatsApp messages to prove his point i.e. non-involvement of PM and his office in Mir Shakil-ur-Rahman’s arrest.

While talking to this correspondent Akbar voiced his discontentment to the NAB for making weak and flawed cases. About his and his Unit’s involvement in Mir Shakil-ur-Rahman’s case, he said that the allegation is nothing but a joke. He added that there are people in NAB who are wrongfully taking his name in different cases. He said that recently the NAB Rawalpindi detained a person and recovered millions of rupees from him while using his (Akbar’s) name. He disclosed that a close relative of the person detained by the NAB approached him and told him that NAB claimed to them that it had conducted the operation on Akbar’s direction. Akbar said that he neither knew anything about the case nor had ever asked NAB to recover money from the person. On this lie of NAB, he said that he approached the NAB chairman and registered his complaint that how wrongfully the Bureau officials used his name.

Shahzad Akbar said that recently he also received a call from Speaker Punjab Assembly Chaudhry Pervaiz Elahi, who, while referring to an arrest of a businessman by NAB, complained that why did he (Akbar) ask NAB to arrest the businessman. Akbar said that he told Pervaiz Elahi that he has nothing to do with case. There are also reports of some competitive media groups who have great influence over the PM House and who have commercial interests and personal venom against the Jang/ Geo Group are feeding false stories and cases to people close the to the prime minister to further their own interests at the cost of the government. One of the media groups has already been exposed by Jang Group and others including international media and international investigative agencies as the exposed fake degree company. The other media group which has already benefited from illegal gains from close relations with the government has suffered major humiliation as the Editor-in-Chief of Jang/ Geo Group, Mir Shakil-ur-Rahman, had won the largest defamation case in recent UK history.

Although Shahzad Akbar deny any involvement of the Prime Minister’s Office in Mir Shakil-ur-Rahman’s arrest, The News senior investigative journalist Umar Cheema Saturday has already reported that after failing to implicate Editor-in-Chief of Geo/Jang Group Mir Shakil-ur-Rahman in a 34-year old land case, now efforts are afoot to fabricate new cases but the search ends at those which have already been concluded after allegations were found unfounded.

The report added that different government departments have been asked to share information, if they have any, with NAB Lahore office. The investigators are looking into the case relating to loan facility from National Bank of Pakistan (already settled), oft-repeated foreign funding allegations used for attacking the integrity of the biggest media group (without any evidence to establish illegality) and filing status of the companies registered with Security and Exchange Commission of Pakistan (SECP). As of today, there is no case pending with SECP against Geo/ Jang Group.