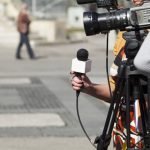 Ranked 42nd among 180 countries in the World Press Freedom Index, Pakistan continues to remain one of the most dangerous places for journalists. In its “Media Freedoms Report, 2019″, the Council of Pakistan Newspaper Editors (CPNE) makes the distressing revelation that at least seven journalists were murdered during the last year alone. In the previous five years, as many as 26 reporters lost their lives for their work. ‘Mysterious and unidentified actors’ pose the biggest threat to media persons and freedom of expression, says CPNE. Political parties, religious groups and state authorities also attacked or murdered journalists. This has gone on because the murderers enjoy immunity. Not a single killer or attacker has been brought to justice. To say the least, it is shocking that this should be happening in a democracy.

The system not only fails to protect journalists and investigate suspects but all sorts of pressure tactics are employed to punish dissent. In a particularly outrageous move, 60 journalists have been booked under the much abused Anti-Terrorism Act. Unless the purpose is harassment, those causing offence to an individual, government or any of its institutions can be hauled up under the defamation law which effectively deals with publication or broadcast, without proof, of defamatory material. There are other forums for redressal of genuine complaints such as Pakistan Electronic Media Regularity Authority’s commission of complains, and the Press Council of Pakistan. The PTI government though seems to be intent to use all means to stifle dissenting voices in the media. As pointed out by the CPNE, Protection of Electronic Crimes Act, 2016, was meant to take on cases related to cyber crimes and online harassment of women, but it is also being used to curb media freedoms. It goes on to note several examples wherein private TV channels were stopped from airing news content pertaining to opposition leaders and also barred from covering certain opposition figures speeches and interviews. Then there have been attempts to rein in uncompromising journalists and media houses through special media courts. After that move was thwarted by various representative bodies of media organizations, the government has now announced centralization of all advertisements – bread and butter of the print and electronic media – in a bid to control them.

The impunity with which the ‘mysterious and unidentified actors’ have been killing and attacking media persons must come to an end. And upping the pressure via the ATC will do no service to this struggling democracy. The government will do well to pay heed to CPNE President Arif Nizami’s recommendations. He has called for the enactment of special federal and provincial laws for the protection of journalists, and also a self-regulatory code of conduct to be implemented by media houses/ journalists bodies. In order to make these sensible suggestions work, all media bodies need to take a united stand as they did in the case of special medial courts.