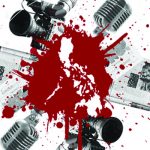 HARIPUR: A veteran journalist Tanvir Khan was killed on Tuesday. He left behind two daughters, a son and a widow. His funeral was conducted at PC Ground in which journalists, lawyers and members of civil society participated in large numbers. Police have registered a case against four suspects and started an investigation. Tanvir was shot dead in wee hours of Tuesday near Khallabutt Chowk. He remained associated with the field for a long period and was later elected as a Councilor from village council Pandak in 2016. The sources in the victim’s family said that they had no enmity with anyone. The victim was called to Khallabutt Township by one of his acquaintance around 2am on Tuesday. Later, the family received a call and was asked to collect Tanvir’s dead body. The deceased family has demanded the government to unveil murder conspiracy and to arrest the suspects at earliest. When the police were contacted, they said that the victim’s body was handed over to the family after the legal process and added that raids were being conduct to find the suspects.