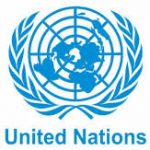 ISLAMABAD: The United Nations human rights office on Tuesday voiced concern over growing instances of threats of violence against journalists and human rights activists in Pakistan, calling upon the government to take “immediate, concrete steps” to ensure their protection.

According to media reports, the UN rights office said it had followed “with increasing concern” numerous cases of incitement to violence — online and offline — against journalists and human rights defenders in the country, particularly against women and minorities.

At a press briefing in Geneva, spokesperson for the UN High Commissioner for Human Rights Rupert Colville pointed out that last month, a number of Pakistani women journalists and commentators in a joint statement had warned of a coordinated campaign of social media attacks against anyone who was critical of government policies. Colville termed as “especially worrying” accusations of blasphemy levelled against some activists, saying such allegations can put individuals at “imminent risk of violence”. According to the UN spokesperson, last year, at least four journalists and bloggers were killed in Pakistan in connection with their reporting, including Arooj Iqbal, a woman who was shot dead in Lahore as she tried to launch her own local newspaper. He highlighted the killing over last weekend of journalist Shaheena Shaheen, who was shot dead at her home in Turbat area of Balochistan’s Kech district. Police had said at the time that Shaheen’s killing appeared to be the “result of domestic violence”. “In the vast majority of such cases, those responsible have not been investigated, prosecuted and held to account,” Colville told reporters. He said the rights office had raised its concerns directly with the government and had urged it to take “immediate, concrete steps to ensure the protection of journalists and human rights defenders who have been subjected to threats”.