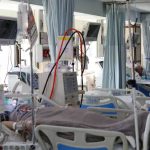 ISLAMABAD: Two Radio Pakistan staffers died from Covid-19 on Thursday. The deceased include a senior broadcast engineer and an Urdu newscaster. They were both associated with Radio Pakistan for 20 years.

According to an official statement issued by the Pakistan Broadcasting Corporation (PBC), Senior Broadcast Engineer Mohammad Ashfaq, 48, was a regular Radio Pakistan employee who was known for his competence and dedication.

Huma Zafar, 52, was an Urdu newscaster who had been reading national bulletins for the last 20 years. She had recently completed a PhD in Psychology from abroad. For her performance and qualification, she was awarded the ‘outstanding’ category in 2017.

Minister for Information and Broadcasting Shibli Faraz, Information Secretary Akber Hussain Durrani, Radio Pakistan Director General Ambreen Jan and all the directors and staff members of the national broadcaster have expressed their condolences regarding the deaths of both staffers and sympathised with their families.

The PBC director general also held a meeting at PBC Headquarters, where the concerned officers were directed to ensure strict compliance with standard operating procedures to contain the spread of the coronavirus.

She said all the preventive and precautionary measures are being taken to protect PBC staff.

Radio Pakistan Deputy Controller News Sajjad Parvez told Dawn that Ashfaq was from Bahawalpur but had been working in Islamabad for several years.

He said Ashfaq tested positive for Covid-19 10 days ago and had isolated himself. He already suffered from a chronic lung condition, because of which his immune system was weak and the infection developed, he said.

“His kidneys were also weak, because of which he underwent dialysis, but he could not survive,” he said, adding: “He had also served in Faisalabad and Bahawalpur.”

Mr Parvez said Zafar was associated with the PBC as a contractual employee and was also a professor at the Viqarunnisa Postgraduate College in Rawalpindi.

“Huma’s sister was infected with Covid-19 in Lahore, due to which she went to Lahore with her mother. Later, she and her mother also contracted the virus, due to which her mother died Wednesday night and she died on Thursday,” he said.

He said the PBC has decided to ensure the safety of employees and all possible measures are being taken to protect them from the coronavirus.

A PBC employee who asked not to be named said that officially, nine engineers were tested for Covid-19 of which four were positive and the reports of another two employees are still pending.