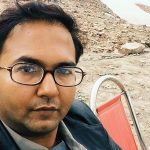 Police on Saturday dropped two charges against journalist Bilal Farooqi, who was detained the previous evening over his social media posts that were allegedly critical of the military and promoted sectarian hatred.

The investigating officer submitted a preliminary investigation report to the District South judicial magistrate-VI, saying that the offences under the Pakistan Penal Code’s Section 505 (Statements conducing to public mischief) and Section 500 (Punishment for defamation) were not found during the initial investigation.

The IO said the report on the attraction of the Prevention of Electronic Crimes Act’s Section 11 (Hate speech) and Section 20 (Offences against dignity of a natural person) towards the offence had to be checked. The judge said prima facie the case seemed fabricated, but a decision would be taken after the filing of the final investigation report, which should be submitted within the next 14 days.

The FIR lodged against Farooqi claimed that his posts on social media were provocative against the army and incendiary to sectarian issues. He had been arrested by the police and men in plain clothes in a raid at his residence. His wife had told The News that the police had returned to take away his mobile phone. He was released in the wee hours of Saturday on personal surety after a protest by the journalist fraternity. Farooqi, who is currently working as news editor at The Express Tribune, has been vocal about social justice and denounces religious fanaticism through his social media accounts.

A demonstration was also held by the Young Journalists of Pakistan outside the Karachi Press Club, demanding that the FIR against Farooqi be quashed. KUJ President Ashraf Khan said on the occasion that journalists need to unite against unwarranted curbs on freedom of expression and for waging a collective resistance to such attempts.