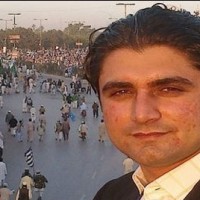 Murtaza Babar, the brother of the slain journalist, and his lawyer, Abdul Fatah Chandio, were present when the judge announced his verdict. The Central Jail Shikarpur was cordoned off by the police and the Rangers when the judgment was being announced.

Wali Babar, a Geo News journalist, was shot dead in January 2011 in Liaquatabad, Karachi, when he was on his way home from the office.

The Sindh government transferred the case from Karachi to Shikarpur in November 2013 because of serious threats to the lawyers and police officials associated with the case.