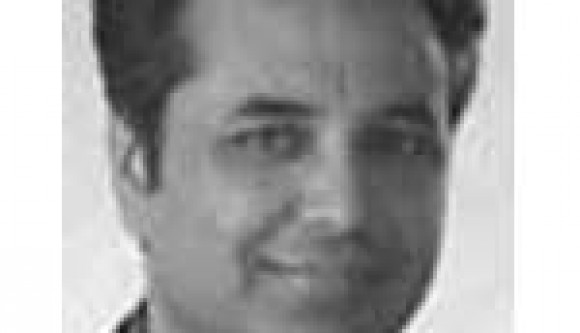 “It is a message for the coalition…your men will end up in videos that are even more horrific and will do lasting damage to public opinion in your countries”. This is how Romain Cailet, a militant movements’ expert, has explained the motive behind Islamic State’s release of an over 22-minute long video showing the burning alive of Jordanian Pilot Maaz al-Kassasbeh. In other comments and commentaries that have appeared on this horrible video, there is agreement that IS wanted to show audacity, power and more than that its destructive determination to go to any lengths in fighting what it believes is the ‘right war’.

Since its release the video has gone viral. The world reaction to it has been just as swift. From unqualified condemnation from important capitals, to expansion of the global alliance against IS, the video has been a game-changer in the Middle Eastern cauldron. Even here in Pakistan, a nation that has had more than its share of visual torture in the shape of exposure to lurid videos, images and news for more than a decade – remember the Baldia Factory fire, and videos of football being played with the chopped off heads of soldiers – most have described the visuals as despicable, sad, and saddening.

In this natural whirlpool of emotional outrage and outpouring of sympathy for the burnt pilot, the point is almost lost that IS would not have been able to create this effect had the video not been disseminated so widely. But stopping terror groups from getting propaganda mileage out of their atrocities is easier said than done. The post-9/11 information regime is exceedingly tough on traditional methods of circulating dangerous bits of data. Most international guidelines and domestic laws in different countries treat peddling of information, as IS now regularly sends out, as abetment in acts of terrorism. Media partners in the crime of propaganda warfare done by terrorists are marked for the same punishment as the beneficiaries of this propaganda.

In Pakistan, the Anti-Terrorism Act and the Protection of Pakistan Act besides several other legal strictures forbid all activities that in anyway promote or enable terrorists to spread fear and popularise legends of their brute power.

However, technology has blasted a massive breach in this legal, moral, administrative dyke against terrorists’ projection.

Social media is the new free port where terrorists and other criminal gangs unload their contraband and market them at the global scale. Chased out of the mainstream media and restricted in running websites, they use swifter methods of uploading their poisonous products.

Recent studies document a breathtaking change in the choice terrorists and extremists exercise in making statements about their actions or intentions. One study says social media is now an instrument “to recruit, radicalise and raise funds, and IS is one of the most adept practitioners of this approach. YouTube, Twitter, Instagram, Tumblr, Internet memes and other social media networks are the pathways terrorists use to weaken hearts and influence minds.”

Twitter – the medium used by IS to post the Jordanian pilot’s macabre death and earlier the beheading of his Japanese co-captive Kenji Goto after releasing them through Youtube – is the most active of the entire range of social media outlets. Consider IS’ posting activity when they marched into the Iraqi city of Mosul: One reports documents this to be almost 40,000 tweets a day.

We all know about their hashtag heists, such as those relating to the recent referendum on Scottish independence or the last football World Cup in Brazil. This enables hateful messages to reach a far wider audience than the traditional following within its core following.

Twitter countered this social media storming of terror content by suspending more than 1,000 accounts with terrorist links. The effort had limited effect. New Twitter accounts got created in no time. The group’s media managers now upload videos and images that are then shared across the globe by common users and professional news organisations. Social-media monitor Recorded Future found that IS had succeeded in creating hype with a total of 700,000 accounts discussing the terrorist group.

The head of Government Communications Headquarters – a British intelligence and security organisation – Robert Hannigan says that IS in Syria and Iraq has “embraced the web as a noisy channel in which to promote itself, intimidate people, and radicalise new recruits”. More worryingly, he adds, terrorists are now able to hide their identities using encryption tools once only available to government agencies.

What does this mean for Pakistan? Any serious effort to choke terrorists’ information flows and their media reach must factor in social media. Pakistan, being the world’s sixth most populated nation, has one of the biggest youth bulges on the planet. It also has one of the fastest growing social media sector in Asia. Here opportunities for recruitment, radicalisation, and information bombardment to upend social and political stability are endless. This is partly because new media continues to be a secondary thought in all serious debates about how to counter terrorists’ narratives.

The Pakistani youth is plugged into social media. It is addicted to it. In the future this connection-addiction will become stronger and deeper. In the coming years, therefore, the battle for the hearts and minds of the public will be fought in this realm.

What makes Pakistan’s social media arena particularly attractive for terror groups is that this already has a vast, bad neighbourhood – crime and slime infested, habituated by gangsters, cyber snipers, cloak and dagger artists, conmen and women. Fake Twitter and Facebook accounts are countless. Hired labour is used to inflate followers. There are plenty of shady characters around who sell you ‘substantial following’ for a price. Motivated ‘trends’ are created and then made to ‘trend’. Sleaze, abuse, propaganda, lies and hoax easily piggyback on free speech.

The stench of hate that comes out of some corners of this sprawling jungle of opinion creates exactly the type of environment terror groups need for networking. Recall how terrorism in our midst started. In the beginning there was small-scale deviant behaviour, which when ignored repeatedly hardened into a monumental assault on our precious freedoms.

We cannot afford to pretend that social media freedom is a heaven whose pristine beauty can only be retained by letting it remain the way it is. Not long ago social media was a bewitching flower of the Arab Spring. Now, in the hands of terrorists, it is a weapon of mass message dissemination.

The state and governments here need to take a closer look at the turns life in social media is taking – both here and abroad. It can no longer be considered a ‘fun thing’ for the young, wild and free whose gushing energy requires unfettered freedom to express itself. It is far too serious a business to be left to such oversimplified constructions of reality.

Doubtless social media has given voice and identity to millions who were either left out or could not be represented by a top-down, expensive, and elitist mainstream media. True social media’s egalitarian and democratising effect on oppressed sections of society is most noticeable. Correct it is an outlet to let out information and views that get truncated and disfigured when floated through the usual streams of news and views. But like all transformational forces, this too is being hijacked and abused. Pakistan needs strong social media laws that promote transparency and user identification. Fake accounts have to be treated like fake national identity cards, fake votes, fake bank accounts, phone SIMs acquired through fake addresses.

If the state does not allow tinted car windows so as to deprive terrorists secure transport, how can it allow thousands of dubious accounts operated by devious, noxious characters? Let everyone speak, express, critique, opine. But let everyone be identified. Failure to enforce this rule can be a failure foretold in tackling the new ways terrorists are using to promote their agendas.