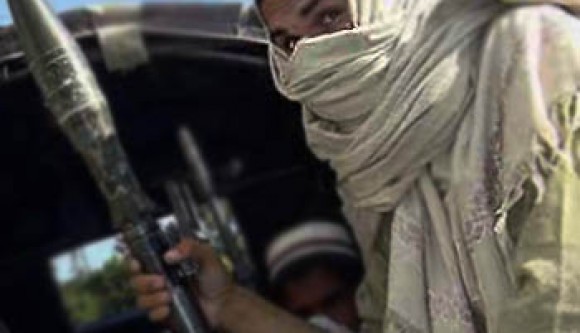 PESHAWAR: The Pakistani Taliban have contradicted the media reports about the arrival of their leader Maulana Fazlullah in the tribal areas from Afghanistan and termed it part of the media propaganda against them.

“It is another example of irresponsible media. Some journalists even quoted me confirming to them the arrival of Maulana Fazlullah in Pakistan. Now if we take action against such irresponsible journalists, the entire world would blame us,” remarked Shahidullah Shahid, the spokesman for Tehrik-i-Taliban Pakistan (TTP).

He said he has never been fond of cricket but was shocked when some journalists quoted him as having threatened them for praising the Indian cricket player Sachin Tendulkar.

A seemingly angry Shahidullah said he never spoke to any journalist about Maulana Fazlullah arrival in the tribal areas. “What do they want to achieve by behaving irresponsibly? Living in the mountains does not mean that we don’t know what is written and spoken about us in the media,” the TTP spokesman argued.

Talking to The News from an undisclosed location, Shahidullah Shahid insisted that Maulana Fazlullah was still living in Afghanistan, adding that they would like him to stay there.

“These two incidents proved how the media is biased and irresponsible towards the Taliban. Even now I will advise the media to stop this baseless reporting otherwise they would have to be responsible [for the consequences],” the Taliban spokesman warned.