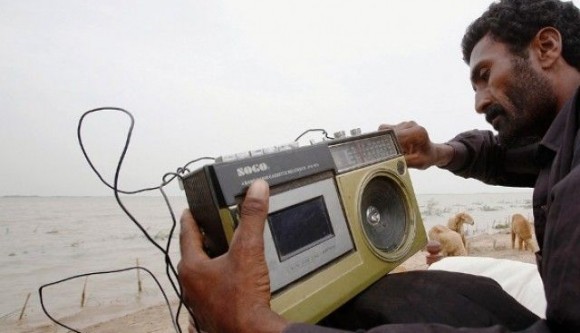 PESHAWAR: As reliable news or even some entertainment is hard to come by in Fata, around 71% of tribespeople are solely reliant on radio for their information.

These statistics have been revealed in a report called the Fata Development Indicator Household Survey 2013-14. The report will officially be released on Monday (today).

The lack of a reliable source of information has left a gaping hole which people fill by listening to various stations such as Radio Dewa, Voice of America, Radio Mashal and BBC Radio stations. Worryingly, they also have access to militants-backed radio stations such as Khilafat and Da Haq Awaz.

Radio Al-Khilafat is run by Jamatul Ahrar while Da Haq Awaz is broadcast by the banned Lashkar-e-Islam, led by notorious militant Mangal Bagh. The broadcasters obviously believe it is an effective medium to spread their ideology. The stations sponsored by the militants are mainly run from across the border in Afghanistan.

“Compared to local FM channels or Radio Pakistan, Fata residents mostly depend on Mashal or BBC as their have wider reception in the area,” says an official, requesting anonymity.

“There is no data about development in Fata under Governor Sardar Mehtab Ahmad Khan Abbasi,” a senior officer tells The Express Tribune. Though 20 months have passed since he took charge, there has been no survey in his reign despite the fact that tribal areas are said to be comparatively safer.

According to data made public, the report states unemployment rate among the youth between 15 and 24 years stands at 11.8%.

In addition, literacy rate in Fata is 33.%. At least 0.7% children between the ages of two and nine have one disability. Alarmingly, a skilled professional is at hand for only 29.5% of births. The findings further state only 38.3% of Fata households have flush latrines while 6.3% are equipped with underground drainage systems.

Keeping in view the mass displacement of people from many tribal agencies, there is a question mark over the authenticity of the report. No official of the secretariat was willing to speak on the record before the official release.