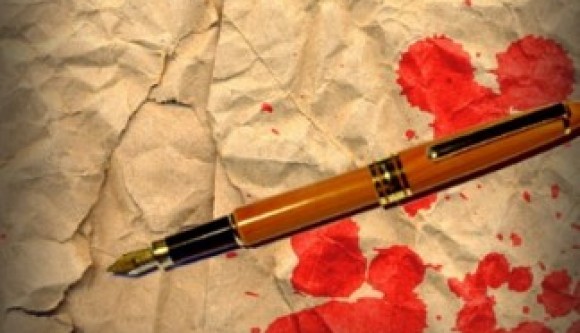 Pakistan has been at war now for almost 35 years at a stretch. It all began with the Soviet invasion of Afghanistan around 1979-80. A call went around the so-called Islamic world for recruits for jihad against the infidel Soviets. Our religio-political parties, led by the Jamaat-e-Islami and the Jamiat Ulema-e-Islam, not only answered this call with religious fervour but they and their ilk also became the most vociferous champions of the American cause. The CIA flooded the jihadis with dollars and the most sophisticated weapon systems, and assisted by our intelligence apparatus, trained them in camps that mushroomed all over Khyber-Pakhtunkhwa. This jihad lasted for almost 10 years, enriching in the process, in dollar terms as well as in terms of political clout, our religio-political parties and those who toed their line, including those in the media, who promoted the jihad with extra passion.

However, our mainstream media kept itself physically at a safe distance from the jihad. No major newspaper sent its correspondent into Afghanistan to cover the war. A handful of Pakistani journalists, who did go in, were sent in mostly by the Western and US media. The Tuesday briefings at the USIS in Islamabad about the progress of the war, mostly confined to the number of Soviet troops killed in the preceding week, used to be the only remote window to the war for our mainstream media and that, too, confined only to their ‘cleared’ Foreign Office beat reporters.

Next, we willingly entered into two low-intensity clandestine wars by early 1990, one in Afghanistan on the side of the Taliban against the Northern Alliance, seeking strategic depth, and the other on the side of the freedom fighters inside occupied Kashmir against the Indian troops. Both these wars were being fought in the name of jihad by so-called non-state actors with the full backing of the state. This war had lasted for almost 12 years, having tapered off by the middle of 1999 after the Kargil fiasco. During this war as well, our mainstream media had kept itself largely aloof. There was no coverage from the war theatres by correspondents of our mainstream media. Whatever coverage appeared in our major newspapers was courtesy of foreign news agencies. However, on occasions, one or two Urdu newspapers would carry interviews of the Kashmiri jihad leadership, which used to be specially arranged by you-know-who to send some specific signals to friends or to mislead the enemy. These wars virtually came to an end by 2002 as in the wake of the 9/11 attacks, Afghanistan was invaded by the US and at the same time, the world had redefined armed freedom struggles like the one going on in Indian-occupied Kashmir, as terrorism.

The second Afghan war, which lasted for 13 years, was also covered by our mainstream media from a safe distance. Except for a few who already had the experience of covering the first Afghan war and the one that ‘we’ fought on the side of the Taliban, did cover this war but mostly for foreign media organisations. And most of the coverage of this war by our mainstream media was again courtesy foreign news agencies.

So, despite having lived in a war theatre for over 35 years, our mainstream media did not produce even a handful of experienced and well-trained war correspondents. That is why when war finally knocked on our own doors sometime in 2005, we were caught unawares. And that is perhaps why we have lost so many journalists in this war in the last 10 years or so. Pakistan, today, is known as one of most dangerous places for media practitioners. We have also lost a number of journalists covering the armed insurgencies indulged in by the militant wings of political parties in Sindh, as well as in the ones waged by nationalists in Balochistan. In fact, today the entire country has become a war zone and every journalist operating in this zone, no matter what his beat, has become a war correspondent but without being trained for the job. So, what is needed urgently is for media organisations to set up crash courses for journalists on the principles of working in a war zone. Are there any takers? Guess not.