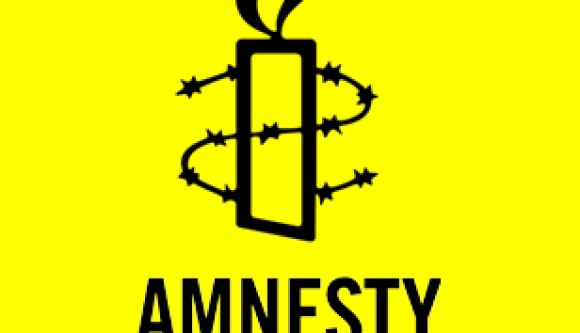 LONDON: Amnesty International (AI) has said that torture is rife across the Asia-Pacific region, with China and North Korea among the worst offenders and a host of other governments, including Pakistan and India, betraying promises to stamp it out.

At the launch of Amnesty International’s global campaign, ‘Stop Torture’, on Monday, the human rights organisation said that torture isn’t limited to a few rogue states, but is endemic throughout the region.

Richard Bennett, Amnesty International’s Asia-Pacific Director, said that Asian countries must stop paying lip service to their commitment to end torture. “Signing up to the international treaties is important but not enough. It must be backed up with concrete action.”

Amnesty said that torture is used by governments against a range of individuals across Asia-Pacific. “It is used to force confessions or to silence activists in countries such as China, India, Indonesia, Malaysia Pakistan, Sri Lanka and Vietnam. Torture is used to extort money in places such as Myanmar and Nepal, where poor and marginalised people are unable to bribe their way out of being tortured,” said Amnesty.

The vast majority of people in Asia-Pacific, according to Amnesty, believe there should be clear laws against torture, but in China and India almost three quarters of respondents (74%) felt torture was sometimes necessary – the highest numbers in any of the countries polled. In Indonesia, Pakistan and South Korea the majority of respondents feared they could be tortured if taken into custody.

“The shocking fact that so many people fear torture – in some countries the majority of those polled – should spur authorities across Asia-Pacific into meaningful action by taking concrete steps to eradicate this horrific human rights violation,” said Richard Bennett.

According to Amnesty, in Pakistan torture is frequently practiced by police, intelligence services and the army, in particular in the conflict-ridden Tribal Areas or Balochistan. Amnesty International has received report of torture used on human rights defenders, lawyers and journalists among others.

Amnesty International called on governments in Asia-Pacific to put in place protective mechanisms to prevent and punish torture – such as impartial medical examinations, prompt access to lawyers and courts, independent checks on places of detention, effective investigations of torture allegations, the prosecution of suspects and proper redress for victims.

Amnesty International’s Pakistan researcher Mustafa Qadri told The News that the Amnesty has documented widespread use of torture by the police and other security forces in many different contexts and regions.

He told: “Security laws enable state security forces to commit human rights violations like torture with impunity beyond the reach of the law. From Karachi and Balochistan province in the south to the tribal areas in the northwest, thousands of men and boys have been arbitrarily detained. Many victims and their relatives allege they have been subjected to torture, are held in secret places of detention. Some are never seen alive again and are later recovered dead with their bodies bearing marks of torture. Investigations into such cases are extremely rare and ineffective even when they do take place.”

He added: “Many journalists in Pakistan, in particular those covering sensitive national security issues or human rights abuses, live with the constant threat of abductions and torture.

“The global survey we commissioned revealed a palpable fear of torture in Pakistan. Almost 60% of Pakistanis reported that they would be afraid of torture if taken into custody, while more than 80% said there needed to be clear rules are needed to fight torture.”