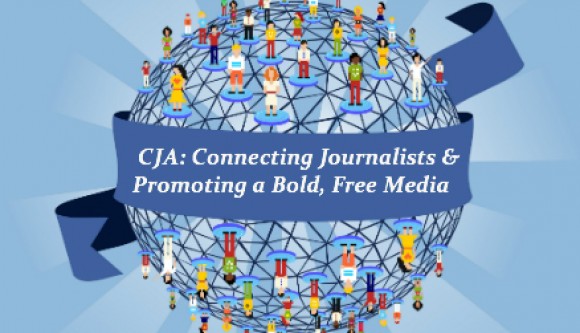 ISLAMABAD: The attempted assassination of one of Pakistan’s best-known journalists demands purposeful action at all levels of government, law, police and community – and revived Commonwealth and international action, said Commonwealth Journalists Association (CJA) in a statement released Thursday.

It said: “It’s time for all authority to say “Stop. We’re sick of this. And we won’t take it any more.”This weekend Geo TV anchor Hamid Mir was shot and seriously injured when his car was ambushed in Karachi. That alone deserves decisive action.

Hospital doctors said major surgery has made his condition stable. That, at least is one blessing. But Mir is just the latest in a wave of attacks against the profession – in Pakistan and far beyond.

Pakistani journalists have paraded in protest, but sincere as their passions are, it’s not enough. A special judicial commission is being assembled to bring the attackers to justice – and finally, it is hoped, to address the impunity associated with these repeated brutal, fear-building, society-wrecking crimes.

The impunity enjoyed by the criminals and killers is a Commonwealth-wide issue, varying only in degree of horror and disgrace. There should be attention to that in every country where this news is heard.

In the United States, the Committee to Protect Journalists expressed its alarm at the pattern of brutality directed at those in the media. In Britain and Canada the Commonwealth Journalists Associations have echoed their horror. But civic voices are not enough. It’s time for hard meaningful action to stop this festering of civilization. It needs top down treatment.

The brutal, threatening and too often deadly treatment of journalists, compounded by intemperate religious rifts, is intensifying with devastating dangers to democracy and more specifically, to innocent citizens. It is time to stop it.

Many Commonwealth journalists – too many of our own in nations claiming to be democracies – are forced to do their vital work in savage circumstances. Disappearances, assassinations, crippling injuries, arbitrary arrests, anonymous thuggery and indefinite imprisonment occur too often without rebuff.

Subtler media silencers focus on “action” against journalists’ family members, or applied destitution. In any of its many forms this must be challenged with vigour by enlightened politicians in government, their civil servants, police systems and legal communities. All must be held accountable, be they perpetrators, promoters or excusers turning a blind eye.

Failure to address this grievous shortcoming of civilization demands exposure, censure and punishment of individual perpetrators and those empowering them in government. Continued perpetuation by venal elements at higher levels in Commonwealth governments should draw censure from the Commonwealth Secretariat and invite serious consequences. After fair examination, corrective action should range through severance of aid at corporate and/or national levels, suspension of Commonwealth membership or, in extremis, national expulsion, in the absence of verifiable remedy. The world should be ashamed in the face of this injustice and impunity.