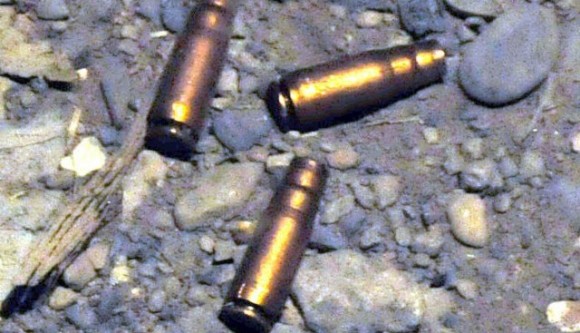 MARDAN: The identities of the three men accused of killing an employee of daily Mashriq, an Urdu newspaper, were disclosed by the police in a news conference on Wednesday.

Addressing the media at his office, Mardan DPO Gul Afzal Afridi said Ihsan Ali, an assistant at an Urdu newspaper’s bureau in Mardan was gunned down outside his office on August 29 and the unidentified killers took away his laptop and mobile phone.

According to the DPO, upon receiving the complaint they began an investigation and arrested a man named Junaid from Guli Bagh. Afridi added that during interrogation, Junaid revealed the names of his accomplices: Mansoor, a resident of Hoti and Sajjad, a resident of Loharan. These men were subsequently arrested.

The DPO further said Ali’s laptop and mobile phone were confiscated from the accused along with the pistol they allegedly used to kill him.

During investigation, the accused men admitted to killing Ali, said Afridi. He added that further investigation was under way.