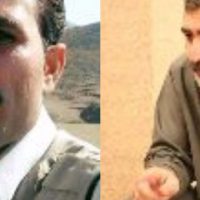 Three journalists from Pakistan’s northern Khyber Pakhtunkhwa (KP) province went missing under mysterious circumstances on Oct 15 and were released the next day on October 16.

Journalist Shahnawaz Tarakzai of Prague-based Mashaal Radio, a project of Radio Free Europe, was forcibly taken by men in plainclothes from the Shabqadar Media Center in Charsadda, KP, on the afternoon of October 15th.

Tarakzai’s brother Aftab Mohmand, quoting eyewitnesses, said that three double-cabin vehicles arrived at the Shabqadar Media Center and took Tarakzai into custody on the pretext of taking him to the Shabqadar Police Station. But they never arrived at the police station and they do not have any record of Tarakzai’s arrest, Mohmand said.

Journalist Islam Gul Afridi of the Waziristan Times went missing on October 15, while he was returning to Peshawar from Islamabad. His family said that they last heard from him on Saturday afternoon after which his phone has been constantly switched off.

In another incident which many believe to be connected, media student and reporter for The Pashtun Express Junaid Ibrahim was picked up from his home late at night on October 15.

No police reports had been filed by the families of either of the missing persons at the time of filing of this report.

According to local journalists, the three journalists may have been picked up because of their connection to Noor Badshah Yousafzai, a journalist based in Germany who runs the website ‘The Pashtun Express’that recently featured an on the religious beliefs of The country’s army chief.  Yousafzai had earlier sought asylum in Germany, following what he said were threats from the Taliban over his reporting.

The Peshawar Press Club and the Khyber Union of Journalists have formed a committee to raise the issue of the missing journalists with relevant authorities.