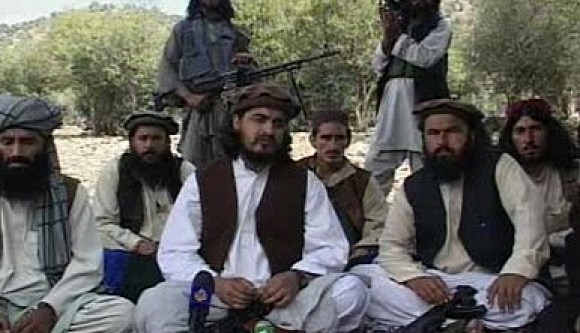 As the Pakistan government attempts to strike a peace deal with the Pakistani Taliban (Tehrik-i-Taliban, or TTP), significant developments threaten to unravel the social fabric of the state. By adopting a linear approach in pursuing negotiations, the government seems to be ignoring critical shifts, especially within the media, that if left unattended could spiral into a crisis too deep to eradicate and too complicated to reverse.

On September 17, 2012, the Pakistan Telecommunication Authority (PTA) blocked YouTube after the website refused to remove the trailer of the controversial, amateurish anti-Islam film, Innocence of Muslims by Sam Bacile (aka Nakoula Basseley Nakoula). The then PPP-led government declared the following Friday “Love The Prophet Day,” hoping to encourage peaceful protests. However, the violence that ensued was yet another disturbing reminder of the growing influence of the conservative right in Pakistani society. Although YouTube remains blocked in Pakistan, two days ago the TTP launched its official website through its media partner, Umar Media, which serves as a central information portal featuring videos, publications and statements made by its leaders. The website, until recently accessible in Pakistan, has been criticized for carrying propaganda that incites violence, especially against Pakistan’s security forces.

The war Pakistan seems to fighting is not just against the physical presence of the Taliban but also the entrenchment of their it Islamic ideologies. This ideological infiltration has become more pronounced courtesy of the mainstream media, allowing both militant groups as well as conservative right-wing parties to exploit mainstream media attention and gain access to a larger audience.

The Pakistani media has given extensive space to statements made by militant leaders and has readily covered terrorist incidents throughout the country. While this may fall within the ambit of the media’s responsibility, the editorializing and depiction of such incidents has only further emboldened the militants. By negotiating with militants, the government has transformed those who were previously seen as “enemies of the state” into “stakeholders,” granting them the appearance of valor, along with tremendous legitimacy and leverage.

Against the backdrop of negotiations, leaders of different militant groups and conservative right-wing individuals like Maulana Abdul Aziz (former chief cleric of the Lal Masjid, infamous for fleeing under a burqa during an operation in 2007) have regularly appeared on political talk shows voraciously defending their rigid views on Shariah implementation. TTP leaders frequently give statements to national papers from undisclosed locations. In an interview given to Newsweek Pakistan, TTP spokesperson, Shahidullah Shahid claimed that, “We consider Mullah Omar as the Amir-ul-Momineen. In Pakistan, Mullah Fazlullah is leading us and he has all the qualities to lead the Pakistani nation.” Given the state’s weak negotiating position, extensive Taliban coverage not only glorifies and emboldens the militants but also creates space for a militant narrative.

While the media can easily be criticized for engaging in a ratings race, the truth remains that it cannot function in an environment where it is under constant threat and intimidation. The government, desperately preoccupied with coaxing a peace deal out of the TTP, has failed to prioritize the security of its citizens and the media.

Threats have been issued to journalists and media owners across the board. Since last year, militants have attacked the liberal Express Media Group in five separate incidents. Bomb attacks and shooting incidents outside the Karachi office caused much alarm and prompted the media group to ask the state for protection. Earlier this year, the TTP killed three employees of the same media group, prompting the Express Tribune to shift its editorial policy and refrain from publishing criticisms of the group, whether in its reports or in the opinion pages. In addition to this, the group’s TV channel also allowed TTP spokesman Ehsanullah Ehsan to appear on one of its talk shows and promised adequate coverage in return for a halt against attacks. Despite that, an assassination attempt targeting renowned journalist and outspoken Taliban critic Raza Rumi took place in Lahore on March 28. Rumi, a noted columnist, is also a TV anchor for the Express News channel. The militants’ strategy is clear and two pronged: exploit the media to carve out a space for its own narrative while at the same time intimidate media groups and individuals who dissent from their view.

The lack of security granted by the government has prompted some media groups to provide private security to the owners, editors and heads of their news channels. However, the fact remains that Pakistani media and journalists face a serious threat and the government has so far failed to allay the media’s concerns or provide adequate security. Adding salt to the wounds, in the general atmosphere of competition and ratings, TV channels even now fail to unite; coverage of media attacks is fleeting and names are absent if the victim is a competitor. This trend is troublesome and the journalist community faces a dangerous challenge, one that will require non-traditional solutions to address.

In Afghanistan, following the unfortunate attack on Serena Hotel, which killed nine people including a well-known AFP journalist and his family, Afghan journalists declared a 15-day boycott of news reporting on the Taliban. It is unlikely that the same action would be taken in Pakistan, where many remain sympathetic to the terrorist agenda.

Given the violence and intimidation, the absence of a liberal counter-narrative, and the government’s policy of appeasement, the militant narrative has been able to gain increasing prominence in mainstream media. Where once a media appearance by a leader of a terrorist group that is responsible for the killing of 19,000 civilians was an anomaly, today it is common and tomorrow it will be normal.

Using the powerful tools at their disposal to reclaim the ability to shape national discourse will undoubtedly be an uphill task for the Pakistani media, made particularly difficult in the absence of security and support provided by the government. However, the Pakistani media must stand tall. And it must stand united.

If for nothing else, it must do so for its own survival.

Arsla Jawaid is a journalist and managing editor at the Institute of Strategic Studies, Islamabad. Follow her on Twitter @arslajawaid