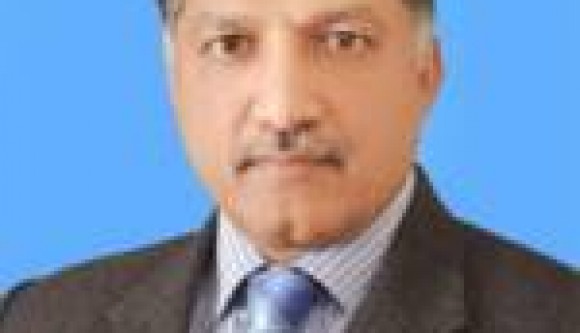 The attacks on Raza Rumi and Hamid Mir speak volumes for the risks embedded in being an analyst or an anchorperson in Pakistan. The accusing finger is pointed at various potential attackers or conspirators ranging from the Taliban to the intelligence agencies. However, there is another side of the picture.

Rumi is a prolific writer and analyst but he took upon himself the task of convincing vociferously the government of launching a military operation against the Taliban. Whether any such action be launched or not should have been left to the government to decide. Similarly, after General Raheel Sharif expressed his resolve to protect the honour of his institution, Mir used the words “bloody civilians” several times in his talk show’s concluding part. General Raheel did not utter these words and Mir’s riposte was unnecessary. There were many other ways available to Mir to assert his pro-democracy stance.

The questions are why Rumi kept on expressing his anti-Taliban wish and why Mir kept on articulating his anti-military stance. This point does not imply that the Taliban attacked Rumi and the intelligence agencies attacked Mir. There may be many reasons for this but one of the reasons is the ratings factor. This essay addresses the ratings aspect. Just a few days ago, Kamran Shahid, while hosting a talk show on a private television channel, said, “Viewers! Let us take a break here and when we come back, I will ask Sheikh Rasheed, who is our (solo) guest today, to comment on the economy of Pakistan.” This kind of announcement pronounces the inherent compulsion of television talk shows — the ratings factor — otherwise an economic expert should have been made available.

2007 was the year when television talk shows witnessed a spike in their popularity owing to the clash between the military and the judiciary. The years from 2008 to 2012 witnessed a peak in talk shows’ popularity because of the news of judicial activism, the disclosure of various scandals and a quick succession of events of national importance. In these years, many individuals, from both reporting and non-reporting sections of the mass media, were attracted to the task of hosting television talk shows.
The viewers would stick to the television screen to get their updates. The social value of these anchorpersons increased manifold. In the ensuing competition, those excelled who had direct access to the latest information and who could invite select guests to stir the sentiments of the viewers. Consequently, successful anchorpersons became fully independent and started switching channels in search of more financial gains. They became a guarantee for the financial success of any new television channel.

In June 2012, the media suffered its first integrity setback when the notorious ‘mediagate’ scandal laid bare the inter-anchorpersons discord and their individual competitive desire to fetch maximum financial rewards in lieu of their services rendered through hosting biased talk shows. Interestingly, both anchorpersons, Mubashar Luqman and Mehr Bukhari (now Mehar Abbasi), involved in the scandal are now hosting talk shows on some television channels to expose other faces behind other scandals. Their resurfacing betokens the reliance of television channels on the anchorpersons who exploit the viewers, even at the cost of media ethics. Secondly, the journalist community, which does not spare any politician of his faults, spared both of them. This tendency showed the prejudice of journalists against politicians but in favour of their fellow journalists. Nevertheless, ‘mediagate’ showed that the anchorpersons were wearing a price tag.Presently, the reason why Rasheed is required to adorn talk shows frequently is not because he is a man of intellect but because he adds spice to his contrived thoughts, which excites the viewers and cajoles them into watching the show. Arshad Sharif was the most obedient when he invited Rasheed to host a solo talk show just a few days ago. Otherwise, the main plank of Sharif’s talk show was his best friend, Rauf Klasra, who puts in every effort to make Sharif’s talk show popular. The same was the cringing attitude of female anchorpersons when they produced solo shows featuring Rasheed a few days ago. All this was done to mount the talk show’s ratings, which are used to earn money by attracting commercials. The same keeps the jobs of the anchorperson confirmed and the talk show going. Unfortunately, the excitement of 2007 is no more, national events are taking place slowly, scandals are not being unearthed and judicial activism is almost absent while the number of both television channels and talk shows has increased. Now, the anchorpersons are under immense pressure to prove their anchoring worth.

When talk shows pander to the psycho-emotional needs of the viewers, they lose their rational relevance, besides the purpose of infusing awareness amongst the viewers. Instead of adding value to the viewers’ intellect, they just reinforce their point of view. They keep on promoting emotional thoughts to make viewers stick to the television screen and increase the ratings of the talk show. Anchorpersons might have genuine reasons to be biased but the delusion of being experts on every topic also make them thrive on biases and emotions. Furthermore, they also try to champion the popular cause — again to meet the ratings need. Hence, while investigating who perpetrated the attacks, the role of the ratings in these incidents should also be evaluated.