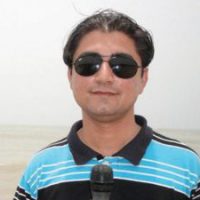 KARACHI: A local court remanded on Saturday a detained suspect in police custody in a case pertaining to murder of an eyewitness in the journalist Wali Babar murder case.

The Special Investigation Unit (SIU) officials claimed to have arrested Faisal alias Shah Faisal during a raid in Pak Colony on Friday and recovered an illegal weapon from his possession. He was booked in a case registered against him under the Section 23-(1)A of the Sindh Arms Act, 2013 at the Soldier Bazaar police station.

On Saturday, investigating officer (IO) Inspector Khalid Kharal produced Shah Faisal before a judicial magistrate (East) and claimed that the suspect was arrested in a case pertaining to the possession of illicit arms.During interrogation, he confessed to have shot dead Haider Ali, the sole surviving eyewitness in the Wali Babar`s murder case, outside his house on November 11, 2012, the IO said.

The suspect further confessed that he carried out the murder at the behest of Dilawar Bhai, the then incharge of Muttahida Qaumi Movement`s Pak Colony sector, and Sabir Bhai, a member of its PIB Colony sector, added the IO.

The investigator stated that the detained suspect was also wanted in several other cases of the in ousnature, including targeted killing, murder, attempted murder, robbery, extortion and terrorism; and was required to be arrested in these cases.

The IO said that one of the detained suspect`s associates, Shahnawaz alias Arshad Kala, was killed while seven others, including Iqbal alias Shami, Amjad Ansari alias Bao, Dilawar, the former incharge of the Pak Colony sector, Sabir, the former member of PIB Colony sector and three other unidentified men were still at large.

The IO sought physical remand of Shah Faisal till Sept 7 for interrogation in connection with these cases. However, the judge remanded him in police custody till August 28 with direction to produce him on the next date and also submit progress report in the case.

Wali Babar, a 28-year-old journalist who worked for the Geo News television channel, was shot dead in Liaquatabad on Jan 13, 2011 as he left his workplace for home.

However, six witnesses, including a lawyer and two policemen linked to the case, were murdered during the trial.

Several accused already convicted In March 2014, an anti-terrorism court in Shilcapur awarded death sentence to Faisal Mota and another accused in absentia as well as life imprisonment to four co-accused for murdering the journalist. One of the accused, Mohammed Shakeel, was acquitted.

In 2015, the Rangers arrested Faisal Mota during a pre-dawn raid on the MQM headquarters, Nine Zero.

The landmark judgement made it the first case in the country`s history in which the killers of a journalist were convicted.