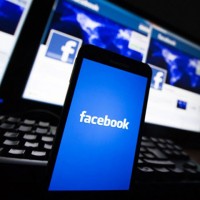 The countrywide crackdown on social media activists allegedly running a sustained campaign against the military and other state institutions appears to be gathering steam, but has raised a plethora of questions in its wake about its modus operandi, targets and purpose. This is the first time the Prevention of Electronic Crimes Act (PECA), rammed through parliament by the ruling PML-N in August 2016 despite opposition from rights activists for being overly broad and curbing free speech, will be used in such a wide crackdown against political opponents. Following the directives of Interior Minister, Chaudhry Nisar, about a week ago, the Federal Investigation Agency (FIA) has listed over 150 social media accounts and websites allegedly engaged in a campaign vilifying the armed forces. Of these, 33 persons have affiliations with the PTI and other opposition parties, but surprisingly include some from the PML-N. On May 22, one such PML-N social media activist was summoned from Gujranwala to the FIA’s Islamabad headquarters. The others are reportedly operating their social media accounts from Lahore, Quetta, North and South Waziristan and Australia. A ‘vilification’ campaign against the CoAS and the military on social media is said to have started after the DG ISPR’s withdrawal of his tweet on the Dawn Leaks issue on May 10. The FIA has sprung into action after the interior minister’s directive, which seems to go beyond anything the military itself wanted, and is rounding up suspects, questioning them about their tweets and posts. This campaign is being fiercely contested by the opposition parties, particularly the PTI, well known for its activism on social media. Initially, 200 social media accounts were put under the microscope, but according to the FIA, only 18 of these are currently being treated as offenders spreading negative material against the military and other state institutions. The scale of the operation seems far smaller than was initially feared (although it could possibly open the floodgates for more), and the small number of suspects it has yielded suggests that these may be individual irreverent posts rather than a sustained campaign against the military or other institutions.

Notoriously difficult as the task is to control the internet and social media (that being their strength in upholding free expression), our powerful institutions have chosen a cruder, albeit direct, method. This involves nothing as sophisticated as attempting to block or build firewalls against the offending websites and social media accounts. It simply involves threatening (and worse) the authors of such postings. It may be recalled that five ‘offending’ bloggers had ‘disappeared’ not long ago and then some blasphemous material mysteriously appeared on their sites while they were still ‘absent’. Of course the mere suggestion of blasphemy attaching itself to one’s name these days means your life is in danger. The bloggers ‘returned’ eventually, but reportedly had to flee abroad. Since then, the powers that be seem to have been emboldened to take on the social media activists considered beyond the pale head on. Presumably these powers feel an ‘admonition’ would normally be sufficient to bring the dissidents in line and in the process send the necessary message to the rest about how far they can or cannot go in exercising their right of free expression. A better and more prudent course would be to engage with the platforms that the social media uses and streamline their operations in Pakistan by requiring that they seek registration to operate within the country. This would allow the government to set the rules for their operation in the country in conformity with our constitutional provisions. Furthermore, it would be appropriate to enlist the support of other friendly countries that face similar problems in the realm of social media to collectively engage with social media platforms.